The Higher Calling of Manhood By Martin Andrean Gicheha

Being a man is a fulltime job which has no vacations. There are so many ways in which the media presents to us, examples of the perfect... 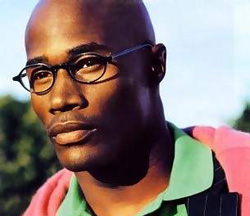 Being a man is a fulltime job which has no vacations. There are so many ways in which the media presents to us, examples of the perfect man.  Society has the picture of the ideal man in their minds that they use to gauge your ‘gentlemaness’. Besides, there is what the ladies have propagated over time as the picture of the perfect gentleman. Hence, the expectation of being a man is so pressing and the standards are so high that it is even scary being a man. When you do good, people notice but when you err they will be up in arms calling you out. Growing up in a society that has so much scrutiny on the boy child and less empowerment of him is too much to bite and chew at the same time.

Being a man is not an easy task when there are all these idealistic pictures that you have to live up to. With the availability of social media, much has been said about the perfect man but less has been done to help our boys to grow into such men. It is one thing to point the finger at someone when they make a mistake, but it is another thing to guide them and offer them the solution to doing it right. Rather, it is one thing pointing to someone where they need to stand, and it is another thing walking them there. That is what ushers do,  they will locate a seat and whenever they see anybody who is not an usher standing they will walk them to the seat. Our ladies and society at large may know where the man needs to sit but what are they doing in helping him walk there? Growing with expectations and no direction may end you up where you started; it takes a bigger heart to show you the way and arm you for what you will face before arriving there. May society be the usher  to the boy who needs to be walked through  to manhood.   Moreover, it is difficult to grow to being you if there are so many ideals presented to you. You can have so much potential but if you are not directed to the right path you can spend it all going around in circles.

Men require to be natured and directed because so much calls for their attention, and if care is not taken,  they respond to the wrong stuff. Previously, society never allowed a boy to come to the dining table but still they expected him to know how to handle a woman during a date. Where did he learn this from if he was not taught?  I think they expected him to be a genius. Then he grows up and realizes that he needed to be an icon of strength but still manage his strength not to turn into a bully. He is expected to be tough but still be seen as gentle. He is supposed to be the voice but still not too be talkative. That is so much on a single plate. Thus, with all this you will know that being a man is not a joke; being a man is a higher calling! To men out there, answer the calling faithfully, and to all women out there,  support your men. Cheers

Women and their body image By Mitchell Odhiambo
Previous