On ‘GERMAN EFFICIENCY’ By Miriam Mukasa

(Q) How many Germans does it take to change a light bulb?  (A) One. We are efficient! 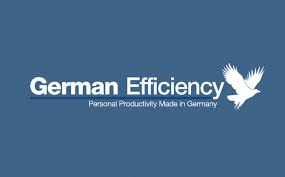 (Q) How many Germans does it take to change a light bulb?  (A) One. We are efficient!

Some Germans like sharing this joke. Say what you will about them but when it comes to quality and efficiency, they have few competitors.

Yes, Germany may not be a superior power militarily and yes, Germans are not known for their “small talk” skills, but where Germans beat many countries hands down, is in the areas of QUALITY and EFFICIENCY.

Germans believe in doing a job once and doing it properly. Complete it, and move on to the next project. There’s no hanging around and loitering about (otherwise known as wasting time) for Germans, because they (more than most), appreciate the value of time; that time is money.

From manufacturing to playing football, a German will turn up, do the job at top level (from start to finish), and leave the field knowing s/he gave it their best shot. A German knows that if he loses, it is not because he is lazy but rather, because the other team beat him, despite him being at his best. There is no time for emotional navel gazing for Germans. Such attitude comes when you give everything your best shot. You cannot have regrets when you know you gave it your very best. That does not mean that Germans like losing (far from it), they simply get back to the job in hand, study why the lost and move on quickly.

Now some people find this efficiency too cold but it clearly works since Germany is an economic power to be reckoned with. Germans will always look to out compete the best but if they know there is an area that is not their strength, they will look at partnerships.

How I wish many of us in Africa had this attitude. How I wish we too focused on quality and efficiency instead of putting too much credence on “What people think about us. Are they impressed”. Germans have no time for this.

The sooner we focus on productivity & efficiency (and less on what our neighbours think), the sooner we will see Africa Rising instead of only talking about it! To read more posts by Miriam, click HERE