There was a man who travelled from a region that was rainy and cold so he dressed according to the weather. He put... 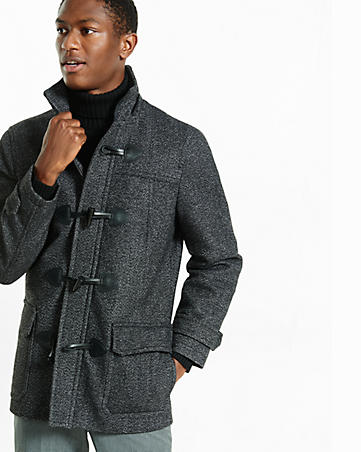 There was a man who travelled from a region that was rainy and cold so he dressed according to the weather. He put on gumboots, heavy sweater and carried an umbrella along with him. When he got to the city he was going to, he found that the place had different weather and it was hot and sunny. People had light clothes and when they looked at the man who was heavily clad they shook their heads. The man looked misplaced and people couldn’t fail to give a suggestion or two to him. Besides, some told him that he needed to consider his wardrobe choices and to be up to date with the times. They viewed him as the greatest mistake of the moment that lacked class and style. He was humiliated for what he wore and how he looked at that moment. However, what nobody cared to ask him is why he had decided to clad himself that way. Nobody bothered to know where he came from and his attire went down in the books of history as the worst dressed man. People just offered to throw their two cents his way; the man wished people would know his story before assuming the senior counsel position.

I know most can relate to this scenario because sometimes we come clad according to the current weather but eventually it changes and we appear misplaced. Even in life, we do our best in our current situation but to others, it may appear as a total mistake. People do not care to know where we come from; they judge us according to what they can see. At that point our best intentions turn to be blunders and we appear to be fools of the day. So many people do not take time to understand what could have driven us to the decisions we made; the order of the day is jumping to conclusions. Furthermore, if only we took the time to understand the reasoning behind the decisions that  people make, we would live happily. Information is power and when we act without much of it, we make others feel powerless. If we treated people and approached issues after checking their background information, we would offer world class opinions. However, it is sad that mostly life acts ruthless and takes no time in understanding history; we pour our opinions from the last sentence we read about the story. People respond to counsel the way you respond to their history; before giving expert opinion it is better to relate to prior events of a current situation.    Have the best week ahead as you take time to understand the history of a story before giving your two cents. From Martin

ARE WOMEN REALLY FIT TO LEAD? By Mitchell Odhiambo
Previous