‘IGNORE THE SPECTATORS’ By Mwangi Ndegwa

Kagogo is a well known man especially in his rural home of Eldoret which is situated west of the capital city of Nairobi in Kenya. His fame... 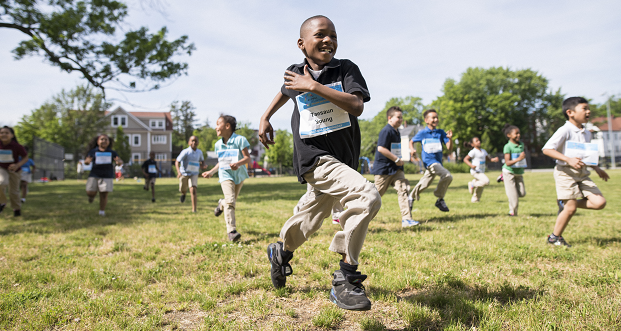 Kagogo is a well known man especially in his rural home of Eldoret which is situated west of the capital city of Nairobi in Kenya. His fame comes from his prowess on the track and road races during his youthful years. Kagogo had won so many medals for his country and all his trophies and medals were proudly displayed in well crafted glass cases along the walls of his modest living room. Now in his sixties, he had taken over the role of coaching some of his grandchildren who were showing signs of following in his footsteps. Most of them were performing well in their specialities but one by the name Kibet (though talented), was faltering.

Kibet had lost interclass competitions which he should have easily won. Coach Kagogo was determined to know the cause of this so when the athletics season came around in his grand children’s school, he prepared a strict training programme for his grandchildren but when the first day of competition came, all but Kibet won. He purposed that on the second day of the competitions, he would be in the stands cheering his team. Kibet’s race was scheduled for early afternoon. Mr Kagogo  waited with bated breath for the race to start. When the starter’s gun went off, the runners took off. The race was on, Kibet was doing well, in fact he was ahead of the pack and with two laps to go, he had opened quite a huge gap of over 70 meters. Then as he was rounding one of the bends he started waving to his cheering classmates. This distracted him and his speed dropped and before long, the other competitors caught up with him and overtook him. He had lost the race once again but his grandfather had finally found out where the problem lay. So, when his grandchildren came home, he had the the lesson ready for them. He called them to his favourite spot under a huge tree known as Mugumo and then he shared this vital lesson:  My children, when you are in a race or any competition, your focus should be on the track and the finish line. If you listen or divert your attention to the spectators, your focus is lost and you will lose the race. You only accept the applause from spectators after you’ve won the race. Tomorrow is the last day of competition and I believe that if you take my advice seriously plus the training we have done, all of you should win in your respective races. True to his prediction, all his grandchildren, including Kibet, won in their respective races.

This lesson from Mr. Kagogo is the one I want us to take with us. Each one of us is in a race. It might be a race of our lives, family, relationships, work or even school work. We are all striving to move to the next level but there are so many spectators and a huge number of them are not cheering us but trying to detract us. If we pay attention to them, then we will definitely lose. We need to know what it is that we want to achieve in life amd then focus all our attention and energy there. Ignore the negative people and naysayers (those people who know all the reasons why something won’t work) and instead, forge ahead. You can only win in the game of life if you are truly focused on your goals and vision. To read more posts by Mwangi, click HERE