‘JUST ONE MATCHSTICK’ By Mwangi Ndegwa

Cathy got home tired, hungry and dripping wet. Her parents had travelled upcountry and had left her in charge of the house. They would be away for... 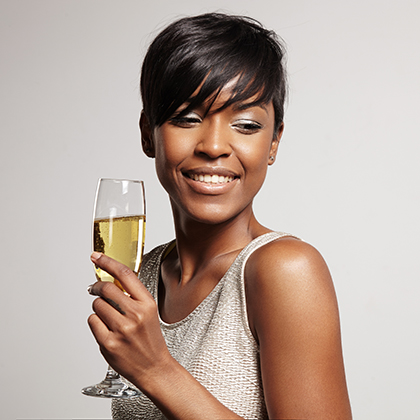 Cathy got home tired, hungry and dripping wet. Her parents had travelled upcountry and had left her in charge of the house. They would be away for a week and having  just completed the third semester of her second year in college, she;d decided to have some fun to “unwind.” One of her friends had a birthday bash and she knew this was the best place to go. Her parents had always advised her not to break laws or go against set rules and guidelines set, for they were for her own benefit. However, the excitement of being on her own for the evening, clouded her reasoning and she broke a law that was in force: The Covid-19 ministry of health guidelines which had banned such gatherings.

So, when the clock struck 5pm, Cathy put on her casual outfit and headed out. The excitement of a great evening blinded her to the fact that signs of heavy rain were evident as thick rain clouds began forming and she needed to carry an umbrella. She arrived at her friend’s house and they had their “good time” until 8pm when they had to part because of the curfew which was still in force. Cathy had barely walked more that 200 meters when lightening lit up the skies and claps of thunder broke the quiet night.  A moment later, torrents of rain came down and within five minutes, she was drenched to the skin. Cathy didn’t have money so she couldn’t call a taxi and the only option was to walk for three kilometers in heavy rain.

This is the state she was in, when she finally reached the front door of her house. Cathy was glad to be home safe and sound but the thought of the risk of having contracted Covid-19 virus kept nagging at the back of her mind but she pushed it out to the back of her mind. Her three priorities were: a hot shower; a hot meal; and warm blankets to help erase the memories of what turned out to be a dreary evening. She first went into the bathroom and removed her wet clothes dropping them in the laundry basket but fate seemed to be against her because no sooner had she stepped out the bathroom then there was a blackout. The whole house was thrown into pitch darkness. Cathy had a real challenge in hand of finding her way to the living room, locate where the candles were kept then find a matchbox which was rarely used in the house. After much groping in the darkness, she finally located the candles plus the matchbox but to her utter astonishment, there was only one matchstick left. This one matchstick was the one to light the candles and also the gas cooker so if she messed up and it went off, the hot meal and hot shower would be a pipe dream. She mustered all her courage and struck the match and luckily it flared up and she lit the first candle and heaved a sigh of relief when the wick of the candle caught the flame and glowed in the dark filled room. At least all was not lost and Cathy could make something meaningful out of the disastrous evening.

I believe you who is reading this let out a smile and had a feeling of triumph just like Cathy. But I want us to pause for a second and reflect on this story because there is a lesson therein moreso to the young people reading this. There is a common acronym nowadays which most people especially the young use. YOLO (You Only live Once.) This is true but the issue is not how long you live but how you live in whatever duration you have lived. You are young only once and youthfulness is quite fleeting, appearing like a wisp of smoke and gone in a flash and if one does not make proper use of it, that’s it. Your future is doomed. We should also keep in mind that you only have control of the moment you are in now. Today, this minute is your one matchstick and if you don’t use it well, your future will be in jeopardy. Today is the day that we fashion out the kind of future we want and this cannot be done if we are just idling around or using our time in useless ventures. This moment may be all you need to chart the course your life should take so use it wisely. Use your last matchstick wisely. Allow me to conclude with these wise words from Mahatma Gandhi ‘Live as if you will die tomorrow and Learn as if you will live forever.’ To read more posts, click HERE

'WHY ROSES HAVE THORNS' By Mwangi Ndegwa
Previous