‘WHY ROSES HAVE THORNS’ By Mwangi Ndegwa

Mueni, now in her teenage years was born and brought up in Makueni, a town east of Nairobi the capital of Kenya to loving parents Mr. &... 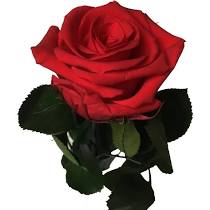 Mueni, now in her teenage years was born and brought up in Makueni, a town east of Nairobi the capital of Kenya to loving parents Mr. & Mrs Mutua. Her mother had a grocery store in the nearby Makueni town. Her father was employed in a flower growing farm in Naivasha a town west of Nairobi. Since her childhood, Mueni was always fascinated by rose flowers but the only contact she ever had with them was from magazines and on television. She longed to visit those flower farms and be close to the rose bushes and savour the sweet scent from close quarters.

Her wishes would soon be granted for as soon as she finished her fourth form, her father called her to join him in Naivasha so she could have some exposure of life outside Makueni as she awaited her exam results. When D-day came, she was over the moon with excitement as her mother escorted her to the bus station. Mueni choose a seat near the window so she could enjoy the beautiful sceneries. When she finally arrived in Naivasha, she felt like someone who had just won the lottery jackpot.

Mueni couldn’t wait for the following day when her father had promised to take her on a tour of the flower farm which was quite expansive. When the morning came, her eagerness could not allow her to finish her breakfast. Her mind was just in wonderland as she envisioned herself lost among the rose bushes. Finally, her dad called her and informed her that the pickup truck which was to take them around the farm, was already waiting outside for them.

The tour began from the greenhouses, which were still under construction, and slowly progressed to the complete ones where young rose shoots were beginning to take root. After almost three hours, they arrived in the section where the roses were mature and they were already being picked, ready for the market. The scent from the mature buds was so overwhelming that her eyes teared. Her dream had finally come true. Mueni requested her dad to allow her to join the workers who were picking the roses and her wish was granted. The team leader explained to her how the harvesting was done. In her excitement to touch the beautiful, fresh and sweet smelling buds, she forgot a warning she had been given “Those rose stems have short but very sharp thorns whose prick is very painful. The first stem she touched brought her that shocking reality. She screamed in pain and all her excitement about the roses died down. The supervisor came rushing to her but was relieved to see it wasn’t anything serious. The supervisor explained to her that due to the delicateness of the roses, they need protection and the thorns give them exactly that. This is where the quote “If you want roses, you must be ready to put up with the thorns” came from. She had just learnt her first and important lesson in life which I also want to share.

We all want good things in life. We want a good comfortable life, a nice car, a nice house, go to exotic destinations on holiday, take our children to good schools, but few of us, are willing to put in the hours, the sweat, reduced hours of sleep and sometimes working in tough conditions. It’s common knowledge that anything good and valuable comes from a lot of sacrifice and hard work. You must be willing to miss watching that game with the boys or that coffee date with the girls to finish that project or finish writing that proposal. You must be willing to sit with your children late as you help them with their homework. You must be prepared to be ridiculed by friends and family because you are helping your wife with house chores. These and many more are thorns which surround the good things we want in life and we must be ready and willing to get pricked by these “thorns” if we are to get to that beautiful, sweet smelling “Rose flower.” We have to make a choice between the pain of the thorns or the sweet scent and beautiful roses.  To read more posts by Mwangi, click HERE

‘TIME TO DROP THE CHEWING GUM’ By Mwangi Ndegwa
Previous