‘TIME TO DROP THE CHEWING GUM’ By Mwangi Ndegwa

Since It's invention in the 1840s by John Curtis, the chewing gum has always been a favourite of many people moreso, the younger generations. That's the reason... 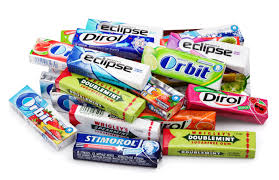 Since It’s invention in the 1840s by John Curtis, the chewing gum has always been a favourite of many people moreso, the younger generations. That’s the reason why even when the sweetness is gone, one wants to keep chewing. The sugarless ones are considered to have some health benefits. There some people who can chew one gum for long periods of time. Most, if not all those who love the chewing gum, do so because of the sugar and once the sugar is exhausted, they simply spit it out.

Liz, like any other young person, loved chewing gum and always tried to save some coins from the pocket money that her dad gave her so she could use it to purchase her favourite brand of chewing gum. Sometimes cash was hard to come by, especially at weekends because there was no school and so pocket money was in short supply. To mitigate the chances of running out of gum, Liz would save one on Friday which she could chew the better part of, on Saturday. This went on for sometime until her mum could no longer stomach it. “Liz your chewing habits are very annoying and if you don’t stop, your daily pocket money will be slashed. Once the sugar in the gum is finished, why don’t you just throw it away? Are you gaining anything out of it?” That was the angry reaction from her mother. Liz was not ready to have her pocket money reduced so she decided there and then to reduce the number of chewing gums she consumed per day and also, learn to respect those around her who were uncomfortable with her chewing habits and,  most of all, to always throw away the chewing gum once the sugar had gone. It’s in this last part that I found a lesson that we can all learn from and which will be of great benefit to us.

All of us at a given time in our lives, have found ourselves involved in a relationship either with fellow human beings, a job, a habit, objects(e.g electronics, cars clothes) or even a place. But as is normal with life, we keep growing and it gets to a certain point in our lives that that the value we used to derive from that association is no longer of benefit to us. It gets to a time where it turns toxic. Sometimes, our attachment with any of these things is so strong, that letting go becomes almost difficult or even impossible not withstanding the negative impact it’s having on us. One of the greatest victory we can ever have in life as human beings, is learning to let go. We need to know the point at which the “gum has lost its sugary taste” and spit it out. Many people have lost opportunities in life because they held too long to something or, someone, they were supposed to have let go a long time ago. Anything past is sell by date is dangerous to our health and can end up even killing us, so we should learn to figure out when our associations with things has to come to an end and then purpose to terminate the engagement. Don’t wait until things have gone south before you act. Move when you still has strength in your legs for IT’S TIME TO DROP THE CHEWING GUM. To read more posts by Mwangi, click HERE

'WHEN YOU HIT SATURATION POINT' By Mwangi Ndegwa
Previous