Who Is Your Biggest Cheerleader? By Mitchell Odhiambo & Mercy Karumba

Who Is Your Biggest Cheerleader? By Mitchell Odhiambo Last October 2019, we rallied behind Eliud Kipchoge, the world’s best Marathoner as he ran and... 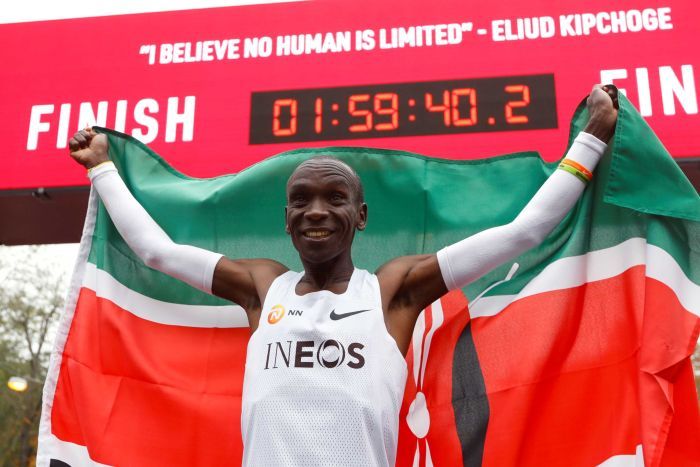 Who Is Your Biggest Cheerleader? By Mitchell Odhiambo

Last October 2019, we rallied behind Eliud Kipchoge, the world’s best Marathoner as he ran and conquered the INEOS159 Challenge in Vienna, Austria. He ran 42km in record time and became the first person to run a marathon in under two hours. That’s incredible. Right at the crossing line, all smiles, was his wife, kids and coach ready to receive him and to celebrate with him on achieving a super human feat.

To imagine, I can barely plod the staircase without breathing heavily and taking routine breaks, that makes me marvel at the achievement of one Mr. Eliud. Behind all the support he received and the glory he accomplished, it was evident that around about him, was a team of pace setters, from all around the world, with one goal: to help Eliud achieve this huge feat.

I can only imagine that in his mind, were thoughts about his family who were awaiting him by the finish line and his coach who believed in him and continued to train with him, many years prior to what the rest of the universe beheld and partook of; when worldwide glory was conferred on to him. The man was surrounded by a great cloud of supporters.

Those who believed in him, challenged him, supported him, and this, coupled with his attitude and school of thought that “No Human is Limited” enabled him to become the first human to run a sub two hour marathon. All those years of hard work and belief paid off and how remarkable it must be, to live up to your dreams. Congratulations Eliud, The world’s greatest marathoner.

This behooves us to think that to become the world’s best at something, it is imperative that you surround yourself with great cheerleaders who will keep you accountable of your goals i.e. the coach who supports your dreams, the family who believe in your capabilities e.g. INEOS and NIKE and so on and so forth.

Think about the company you keep and the conversations you have. Who, my friend, is your biggest cheerleader?

Until we speak again, I am your host Mitchell Odhiambo. Welcome to a man’s new world. To get a female perspective on this, be sure to catch my colleague Mercy’s post below.

WHO IS YOUR BIGGEST CHEERLEADER?  By Mercy Karumba

A cheerleader’s main role is to encourage the team playing, not only when the odds are in their favour, but also when they are not doing well. Through cheering them on, the team is encouraged to rise beyond the failure facing them and actually perform well. The question therefore is not who is there for you when you are winning, but rather, who cheers you on, when you are at your worst?

Male or female, we all need cheerleaders to keep us going. We all need that person who reminds us that no matter how tough things are, life is still worth living and that we are worthy of their support.

That person or people, who are always there when we need them? The person who knows our vision and keeps pushing us to achieve it? The person who understands our pain and hurt and is there to grieve with us while giving us that push to keep going? Such are the cheerleaders we need in this journey of life!

'CUT OFF THE MOORING ROPE' By Mwangi Ndegwa
Previous