‘BELIEVE IN YOURSELF’ By Danstan Wasobokha

Michael Jordan is an African-American man, born in 1963, in the slums of Brooklyn, New York. He had four brothers and his... 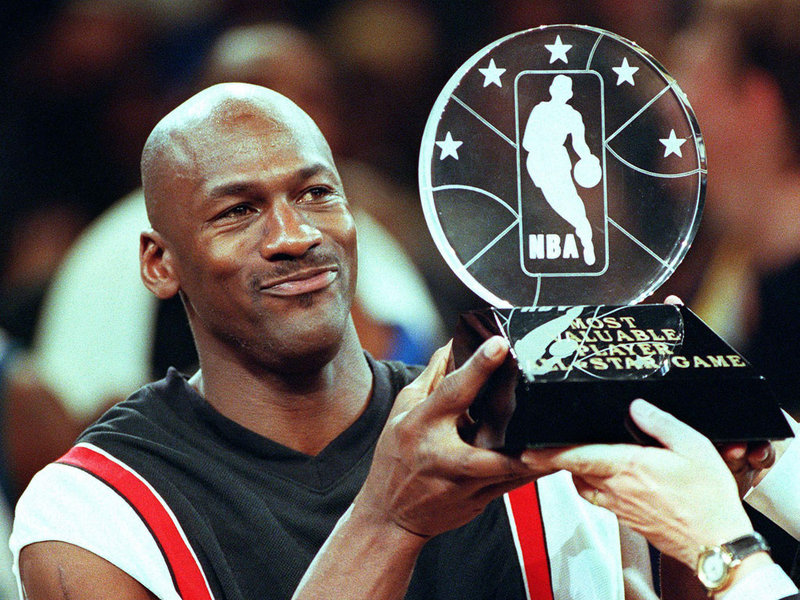 Michael Jordan is an African-American man, born in 1963, in the slums of Brooklyn, New York. He had four brothers and his father’s wages were not sufficient to provide for the whole family. Michael grew up in a poor neighbourhood which was full of discrimination, to the point where he could not see any hope for the future.  When he was 13 years old, his father gave him a piece of used clothing and asked: “What do you think the value of this outfit is?”

His father asked, “Can you sell it for two dollars? If you can sell it, it would mean that you are a big help to your father and mother. “

Jordan nodded his head, “I’ll try, but no guarantee that I’ll be successful.”

Jordan carefully washed the clothes clean. Because they didn’t have an iron, to smooth out the clothes, he levelled it with a clothes brush on a flat board, then hung it in the sun to dry. The next day, he took the clothes to a crowded underground station. After offering it for more than six hours. Jordan finally managed to sell it for $2. He took the two dollar bill and ran home.

After that, everyday he looked for used clothing, washed and ironed it and sold it to the crowd. More than ten days later, his father again gave him a piece of used clothing, “Now think of a way that you can sell this cloth for 20 bucks?”

Jordan said, “How is that possible? This outfit can only fetch two dollars at the most. “

His father replied in an effort to inspire him, “Why don’t you try it first? There must be a way.”

Finally, Jordan got an idea. He asked for his cousin’s help in painting a picture of Donald Duck and Mickey Mouse on the garment. Then he tried to sell it in the school where the children of the rich studied. Soon a housekeeper, who was there to pick his master, bought clothes for his master. The master was a little boy of only 10 years but was very fond of clothes. He loved it so much that he gave a five dollar tip. 25 dollars was a huge amount for Jordan, the equivalent of a month’s salary for his father.

When he got home, his father gave him yet another piece of used clothing. “Are you able to resell it at a price of 200 dollars?” His eyes lit up.

This time, Jordan accepted the cloth without the slightest doubt. Two months later, a popular movie actress from the movie “Charlie’s Angels”, Farah Fawcett came to New York for her Movie promos. After the press conference, Jordan made his way through security to reach the side of Farah Fawcett and requested her autograph on the piece of clothing. When Fawcett saw this innocent child asking for her autograph, she gladly signed it.

Jordan was shouting very excitedly, “This is a jersey signed by Miss Farah Fawcett, the selling price is 200 dollars!”He auctioned off the clothes, to a businessman for a price of 1,200 dollars!   Upon returning home, his father broke into TEARS and said, “I am amazed that you did it my child!  You are really great! “

That night, Jordan slept alongside his father. His father said, “Son, in your experience selling these three pieces of clothing, what did you learn about success?”

His father nodded his head, then shook his head, “What you say is not entirely wrong! But that was not my intention. I just wanted to show you that a piece of used clothing which is worth only a dollar can also be increased in value, Then how about us – living & thinking humans? We may be darker and poorer, but what’s the difference? “

This thought enlightened young Jordan. Even a piece of used clothing could be made dignified, then why not me? There is absolutely no reason to underestimate myself.  From then on, Michael Jordan felt that his future would be beautiful and full of hope. Michael Jordan went on to become one of the most successful  basketball players in the world. His partnership with Nike has secured him riches beyond belief.

Our potential is so great, and should not be viewed small & low only because of our current status, looks or wealth. Even a diamond is just a stone before it has been polished. Keep improving yourselves, keep trying your best and keep striving ahead!  You Can Do It, it is Possible! Click HERE to read more posts by Danstan.