‘THE GRAVE IS FOR THE DEAD’ By Mwangi Ndegwa

"I am just tired of this boy`s behavior! I think it’s time I found an effective way to deal with his drunken behavior once and... 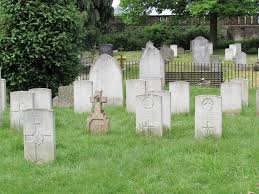 “I am just tired of this boy`s behavior! I think it’s time I found an effective way to deal with his drunken behavior once and for all.”

These words came from an agitated Omari, the father of Mlevi. Mlevi was an only son of Mr. & Mrs. Omari. He was born and brought up in the Indian Ocean island of Zanzibar. His parents were well off and had given him all that he wanted in life;  even taking him to the most expensive schools.

Mlevi’s parents had high hopes for their only son but as fate would have it, he turned out to be the total opposite of what his parents would have wanted him to be. All this metamorphosis started when he started university. Mlevi joined a gang of students who were abusing drugs and involved in behaviour that was unbecoming. His father had tried everything possible and though he had partially succeeded in getting him off hard drugs, Mlevi had refused to kick the bottle. He used to drink daily and this caused him to spend countless nights in police cells either from drunkenness, drinking past the stipulated time, bar brawls and sometimes even spending the night in a ditch. His father was just tired and thought if he didn’t act quick, he may end up losing Mlevi.

On this particular evening, Mlevi had just arrived from his drinking sprees. On arriving home, he found the main gate locked for it was way past midnight. He started hurling insults at everybody known and imaginary. Unknown to him, his aunt from Dodoma had visited them and heard all that Mlevi was saying. His father was not prepared to suffer such humiliation again so that late night hour, he purposed to pay Makaburi the grave digger a visit the following morning. He had hatched a good plan that would stop Mlevi`s nasty behavior.

Very early the following morning, Mr Omari visited Makaburi at his work station at the local cemetery. He found him busy but he agreed to give Omari a few minutes. Mr Omari laid out his plans to Makaburi and he agreed to assist him for they had been friends for many years. That evening, Mlevi came home from his drinking den, drunk as usual. After hurling his dose of insults for that day, he staggered toward his house but blacked out at the door. This was the opportune moment that his dad had been waiting and praying for.

After Mlevi blacked out, Omari called Makaburi. They lifted Mlevi onto a make shift stretcher, put him at the back of his pickup truck and drove off towards the cemetery. When they arrived there, they removed the makeshift stretcher with Mlevi fast asleep, rolled him over and rested his head on a grave stone and left him there. After sleeping for close to five hours, the cold wind of the night blowing through the cemetery woke him up.

Mlevi tried to pull around for he thought he was still in his house and the blankets had just slipped off. You can imagine the shock he got when he came to his senses and realized that it was late at night and he was bang in the middle of the cemetery, all alone. Any traces of alcohol immediately left him. He could not understand how he had got there and neither did he care. His sole aim was to get out of the cemetery and back home. He had heard of so many stories, all myths on the going ons at night in these cemeteries. He was not ready to prove these myths right or wrong.All he wanted was to be as far away from the cemetery, as possible. Any slight swaying of the tree branches would make his skin crawl with few and any small ruffling caused by some stray rodents scampering away from him would make him jump in fear causing him to almost scream but he knew that his screaming would be of no use.

By the time he got to the main entrance of the cemetery, he was a bundle of nerves and you could see the relief on his face when he finally stepped out of the cemetery. He took off as fast as his legs would carry him towards his father`s house. He knocked furiously on the gate, still looking behind him fearing that some ‘spirit of the dead” might have followed him. His father opened the gate for him and he rushed into the compound. His father just pretended not to know what was happening. Mlevi had no choice but to explain every detail to his dad. His dad just left him with one warning ‘If you continue with this nasty behavior of drinking and causing mayhem to us and the neighbors, you will next wake up in mortuary. Mlevi was shocked to the core and as he headed to his house, he purposed to reform and to completely stop taking any intoxicating substance.

Graves, we all know, are for those people who have exited this life. They literally denote death and anybody good or bad, once they pass on, are taken to the grave as their final resting home. Anybody being taken there is only referred to in the past tense and that’s why we use the phrase THE LATE. Graves in Africa are feared and people shun them and only go near them when it’s very necessary or unavoidable. Nobody loves to be near death or anything associated with death. Now there is a grave that very few of us are aware of and which we keep visiting. This grave, just like the physical one, has good and bad buried in there. This grave is called OUR PAST.

We all have gone through good and bad times in the past and we cannot avoid remembering them for they form part of our lives. The problem is that a majority of us are spending too much time there, thus losing some precious time which we could have used improving ourselves today and set good foundations for our tomorrow. You keep hearing people talk about the good old days and you wonder what they will talk about the day, TODAY, before it becomes the past. It will be a very sad moment for they will have nothing to reminisce about for they used the time they had thinking of things gone by rather than being in the present.

I hope my dear friend, that you will not fall into this trap, in the same way you wouldn’t want to be anywhere near a physical grave, just as you should keep a good distance from your past good or bad. Remember that one of the most lethal enemy of our success today and tomorrow, is yesterday`s success. Take the lessons from your past but focus on today and tomorrow. Point to note: You can never become a good driver if you focus on the driving mirror instead of focusing ahead. To read more posts by Mwangi, click HERE

Slay Queen, Wake Up From Your Stupor! By Danstan Wasobokha
Previous