“You get harvest commensurate with the seeds you plant.” ~ Dr K.N  Jacob. Article By Mwangi Ndegwa

Mvivu was born and raised in the outskirts of Dodoma town in the northern part of the Republic of Tanzania. This area is very fertile and being... 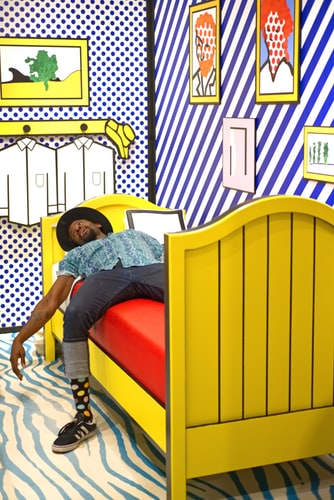 Mvivu was born and raised in the outskirts of Dodoma town in the northern part of the Republic of Tanzania. This area is very fertile and being close to both Mt Kilimanjaro and Mt Meru, has rain in abundance. The people here are predominantly farmers. Mvivu, as his name suggests, was lazy from a very young age. He never completed his assignments in school and was scolded at home on a daily basis because he never completed the chores his parents assigned him.

This lethargy cost him a place on campus. Without proper papers, Mvivu couldn’t secure a good job so he went back to what he had grown doing: farming. This is a very lucrative venture if done in the right way however,  Mvivu’s lazy nature saw to it that he never benefited from it. If it was not preparing land late, then it was planting seeds of poor quality. He was usually a very miserable man during harvest time because when everyone else was bringing home bags and bags of produce, Mvivu’s were just meagre. He had something or somebody to blame his failures on. This went on until one of his neighbours got tired of his whinning. He called him a month  before the planting season began and explained in detail, the dynamics of planting and harvesting. His neighbour concluded their discussions with these wise words; You can never expect to withdraw money from the bank if you have never made a deposit in the first place and you only earn interest on your initial deposit. Mvivu was expecting a harvest when he had not sown. He was expecting a bumper harvest when he had sown sparingly.

The above scenario is replicated in the lives of many people today. They want a harvest but not the sweat that goes with it. They want to live a good life but they don’t want to put in the hard work, sacrifice long days and short nights. You wont expect water from a tap if the reservoir has not been filled with water. The amount of efforts we put in will determine the output and this applies in every area of our lives from work to school to relationships. It’s important to note that seasons and time are two very important things in a person’s life that are no respecters of man. Whether you do anything or nothing, time will still be moving, seasons will come and go. It’s therefore up to us to decide what we will do with our share of these two very important factors of production. Remember this; Your effort is the deposit in the account of success and the greater the input, the higher the returns. To read more posts by Mwangi, click HERE

ONE'S OPINION IS NON OF YOUR BUSINESS By Danstan Wasobokha
Previous