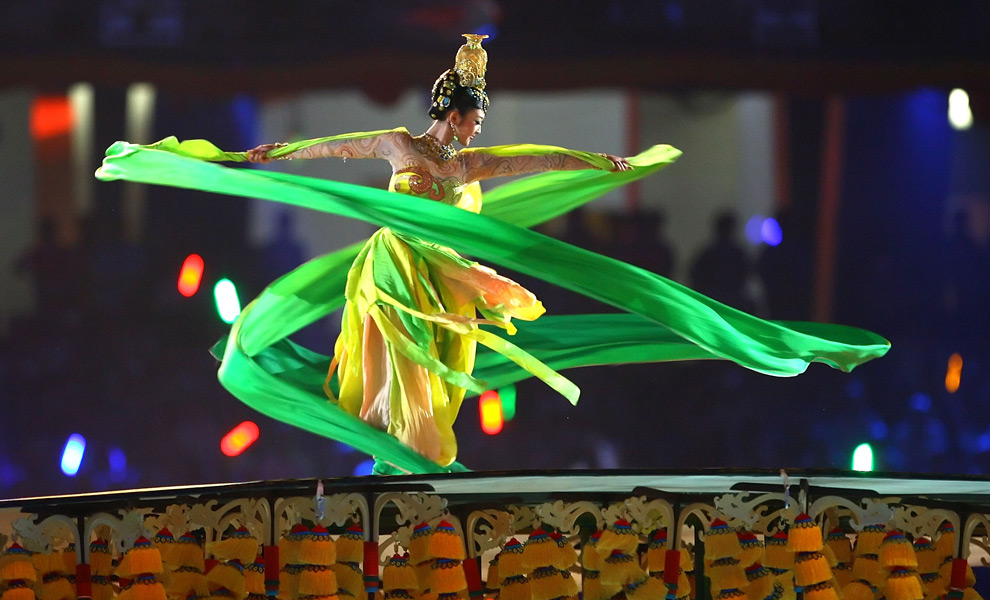 In 1978, China was ranked 10th according to the world GDP. US was first with a GDP that was 15.5 bigger than that of China. 88.3% of Chinese citizens lived below the poverty line. Their life expectancy was 66 Years. The infant mortality rate was 53 out of 1,000 births. The literacy level was at 70%.

20 years later, in 1998, China was ranked 7th according to the world GDP. They moved up three spots. US was first with a GDP that was 8.53 bigger than that of China. 41% of Chinese citizens lived below the poverty line. Their life expectancy was 71 Years. The infant mortality rate was 33 out of 1,000 births. The literacy level was at 93%.

20 more years later, in 2018, China was ranked 2nd according to the world GDP. US was first with a GDP that was 1.42 bigger than that of China. Only 1.4% of the Chinese citizens lived below the poverty line. Their life expectancy was 76 Years. The infant mortality rate was 8 out of 1,000 births. The literacy level was at 96%. (Statistics from Ray Dalio’s article.)

When I studied China’s transformation, I discovered the following five lessons that are invaluable to business leaders, entrepreneurs, politicians or anyone who intends to make radical changes to society, country, continent or world:

China cast a vision that threw all her citizens in a trance. She made them visualize how magical she could become one day if they each played their part. Now you hear almost every country complaining of China invasion. The Chinese come and create a part of China in other’s territory and start impacting every other aspect of the natives’ lives. That is the power of a vision.

In 2015, Chinese leaders cast another outrageous vision to their citizens; That China would one day be the most powerful economic empire in the world by 2025; Where the Chinese Yuan will be more powerful than the US Dollar. This was followed by outlined strategies and 5 ways of making that a reality. The citizens were totally sold on to this. Brace yourselves for more China impact across the world.

If you are a leader, reinforce the organization’s vision by tying it to team and individual goals. The vision statement should be tied to achievable goals for employees. Promote the company vision by always making sure it’s visible and relatable in daily living. Share success stories that realize the company vision.

Due to her population, China realized she has easier access to manpower and that is a huge advantage over other countries. But she was smart enough to realize manpower was not enough, it needed to be sharpened. Hence she embarked on training her manpower and equipping it with every imaginable skill that could give it competitive advantage on world stages.

If you have a team, make sure you invest in them. Enlighten them as much as you can and make them the best possible version of themselves. The team is your most important asset. Their training and professional development is something you should invest heavily in. Competition for talent is growing. By training employees and investing in their career development, you can make them feel valued by your organization.

China understood that an investment in knowledge pays the best interest. Education gives us knowledge about the world around us and changes it into something better. It develops in us, a perspective of looking at life. It helps us build opinions and have points of view on things in life. This is the seed that gives birth to innovation.

Education is the passport to the future, for tomorrow belongs to those who prepare for it today, Malcolm X said. From the statistics provided, you can tell the impact of literacy on the holistic growth of China.

Contrary to most countries, a big percentage of money spent by Chinese parents goes towards after-school programs, online universities, courses, Application based curriculum and other technology based resources that provide relevant, customized, real time knowledge. As a result, learning has been made fun and acculturated into daily living which results to steady well-rounded growth.

When you focus on fostering a learning culture and make high-quality training and learning available throughout your organization, your employees will undoubtedly begin to shine. They will be increasingly nimble in quickly adapting to change, making your entire organization more agile.

In capitalist societies, there is an attitude is individualism. ‘I want to make a name for myself. I will go out there and use what I have/ know to kick others out so I can be the hero.’ The private actors are allowed to own and control the use of property in accordance with their own interests, and where the invisible hand of the pricing mechanism coordinates supply and demand in markets in a way that is automatically in the best interests of society. Such a system gives rise to the likes of Mark Cuban, Sam Walton, Steve Jobs, Elon Musk who are heroes but collectively, tens of thousands of employees also win due to the credit accorded to the ‘Hero’.

In communist societies, there is always a feeling of collective responsibility. It is the philosophical, social, political, and economic ideology and movement whose ultimate goal is the establishment of the communist society, which is a socioeconomic order structured upon the common ownership of the means of production and the absence of social classes, money, and the state. Initially, this was the state of China. It was all about ‘WE’. Anybody who tries to outshine the status quo was reprimanded. But when she started encouraging individuals to come up, innovations exploded.

In 2008, Olympics opening ceremony, China made a statement to the world. The performances showcased every bit of perfection and surpassed the world’s imaginations on such an occasion. In my opinion, that was a statement of a triumphant entry to the world stage. Not just the world of sports and entertainment, E-V-E-R-Y-T-H-I-N-G!

Primarily, such stunts draw public attention to a brand, cause or event and generate word of mouth “buzz” – something which has been catapulted to a new level with the emergence of social media. Consequently, you rightfully start crafting your path in the targeted spheres and elicit confidence from potential clients and respect from other players.

In conclusion, I see a lot of criticism about China copying ideas or concepts from other countries. My answer is simple, nothing is original. Ideas are useless, execution is the thing. If someone can implement my idea cheaply, more effectively and increase value addition to humanity, let them do it! We don’t want monopoly, we want value for our resources.

Our bodies, souls, as well as all innovations are composed of individual elements which were all already present in the ranks of our ancestors. The “newness” in the individual psyche is an endlessly varied recombination of age-old components. (Paraphrased Carl Jung’s quote). To read more posts by Danstan, click HERE

THE SECRET TO GENUINE LOVE & ACCEPTANCE By Mercy Karumba
Previous