On ‘ON WHO A REAL & GOOD MAN IS’ By Danstan Wasobokha

I am often fascinated by articles  that I see circulating in magazines daily; 'How to be a man' ,'9 things a man needs',... 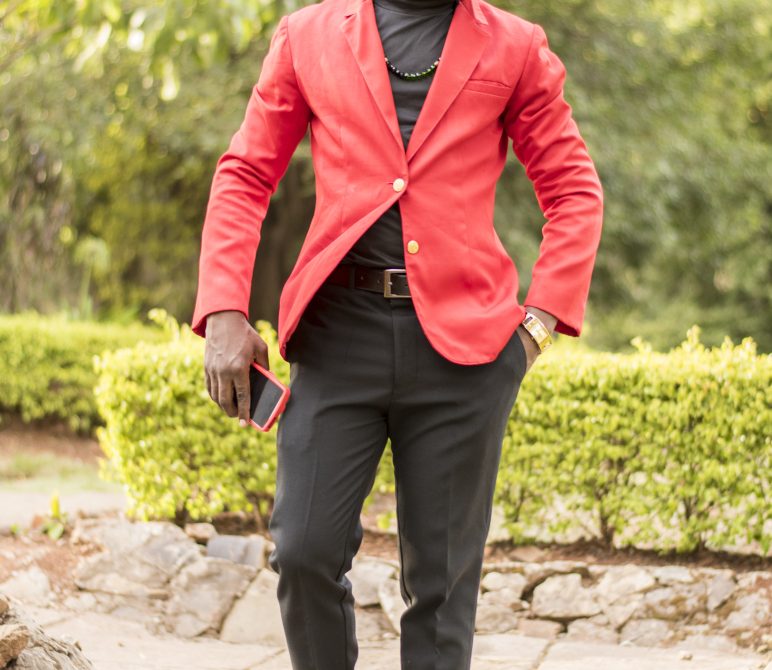 I am often fascinated by articles  that I see circulating in magazines daily; ‘How to be a man’ ,’9 things a man needs’, ‘Why men should be tamed’ etc. What wiles me the most about these articles is the fact that they are written by women! People who have never had a minute’s experience of being a man but have striking confidence about guiding men on how to be ‘real men’!

Men thrive on testosterone. This is both a blessing and a curse. It makes us highly competitive, want to win, feel driven and stay aggressive. Anytime a man feels like he is not winning, he withdraws. It is hard for a man to continue doing what he thinks he doesn’t do well. Every man you know in your life has certain things in life that he shies away from for fear of not doing them well. So for all the naggers, who try to change a man by telling him what he doesn’t do well, don’t wonder anymore why he is less inclined to come back to you.

Men are not drawn to criticism; they thrive on praise. Criticism shuts them out. We perform the best when you tell us what we do well. If you brag about what we do well, we will do it better. If a man shows up with two bags of groceries and you talk about how strong he is, he will add on another one the next day to show you, ‘Girl this is nothing, I can carry three more with one finger!’

It used to be that a good man was one who was simply a good provider. If he took care of the family, paid all your bills and brought money home, he was a good man. It didn’t matter that my grandpa wouldn’t say a word in the evening. He just sat there quietly reading his newspaper and flipping through TV channels as he wills away the hours. He never communicated about his emotions. A few grumbles here and there and he was done. He was always silent, cool, calm and composed.

We felt secure as he exercised control this way. Never have I ever heard him say ‘I Love You!’ to my grandma or anyone else. Maybe he did every twenty years. Maybe he did so on his death bed, I wasn’t there. If he did, I am sure it must have come out like a grumble. One couldn’t be sure whether he was passing gas or addressing someone. All this did not matter. He was praised by all women in our village and revered by men; he was a good man. And if you dared say anything about him, all women would pounce on you and drive the demons out of you. We were forbidden from saying anything negative about him; all that was said was; he is a good man. Back then, women didn’t let kids disrespect their husbands!

Today, you cannot simply be a provider; you also have to be in touch with your feelings. Listen to your inner voice. You’ve got to be tangible, be willing to express your emotions. So you don’t just provide, you also have to be able to cry. But if you cry too much, you are too soft, you are a sissy. You are a wimp. And if you don’t cry at all, you are not a man. Consequently, most men are confused, ‘How can I be a good man to a woman and enjoy being the good man?’.

I spent all my life being groomed to open the door for my woman. And to ask her whether she is okay. Call her, check on her, make sure she is well. But the new wave of philosophy demonises this.  ‘Why are you calling me now you prick, checking up on me, are you? Stop prying! I can open the door for myself. What a man can do, I can do it even better!’ and so it goes on… What’s a man to do?

The philosophy seeks to spread the wave of competition between men and women, forgetting that creatures operating on testosterone are competitive by nature, if you show them it is a contest and you are an oponent, they are biologically inclined to start viewing you as a game to be played, won, earn points and move on regardless of how cultured they are.

If you pride yourself on doing what I was taught I should do, as a gesture of my overwhelming love for you, have you not worked me out of  my job? Chivalry? Now I don’t know whether to buy the dishes or wash the dishes. You are now taught to do everything I thought of doing and I no longer have a defined role to play but you keep complaining that I don’t show enough love to you; that I don’t keep your love cup filled and overflowing.

Okay, a man is obligated to be on the set, but have you told him, why you need him? What should he bring to the table? What is it about him that keeps bringing you back even after totally singing out about how less of a man he is? If all you are good at is communicating where your man falls short, don’t expect him to excel.

A man does not flourish on criticism; he flourishes on praise. He flourishes in the same things you give readily to your son but acutely deny the dad. Remember, every father, is somebody’s little boy. And in every man, there is a boy seeking approval from those who surround him.

The world is accustomed to celebrating mothers. A retail chain disclosed that 215% more money is spent on cards for Mothers’ day over Fathers’ day. Men are expected to keep their love well flowing when nobody ever makes any deposits in it. Men are still expected to show up to all the kids practices, sort school challenge, settle differences with neighbours and workmates on behalf of all family members but when the kid finally grows up, he gives all the credit to his mum and forgets dad ever played a role. In some cases the whole family gangs up against dad, illuminating all his shortcomings.

There is not always a big pay off for being a steady man. And the truth of the matter is, more and more men of all colours are quitting. Walking away. Hanging themselves. Blowing their heads. Jumping from towers. Or committing offences that lead to lifetime in jail. And the younger generation of men is mad, angry and upset because their fathers have left. They never dig deeper to the root cause. They fail to realize that they too are setting  themselves up for the same fate. It is easy to criticize, but at times you blame others for what you will soon become.

Our daughters are fascinated about the thought of owning a man to themselves. They are excited though they have never lived with a man past intimacy and through disaffection. So you have to live up to what she imagines. A superman. But just because you imagined it, doesn’t make it doable. I wish you imagined a broken man, a flawed man, a man who gets scared sometimes, one who gets worried but keeps fighting, swinging and pushing. I wish you never imagined superman for a husband, I wish you imagined Clerk Kent, this is more achievable. So you won’t have to hop from one man to another searching for ‘the one’. All men have their superman moments, but at last their kryptonite moments come. No man stays as superman forever!

There’s no such thing as a real man. Or a good man. A man is just a man. This concept of there being an imaginary box men should fit or of manhood being something that is quantifiable, is fallacious.

Everytime someone speaks about what they believe a man should be, I always ask: According to who? I don’t think manhood is quantifiable. Even if it were, the most annoying thing about all of it is that it isn’t even the man who gets to decide for himself what the measure for manhood should be. It is the people around him who have assigned themselves that role. People with no experience whatsoever about being in his shoes.

Then there is the fact that the rules on this bar that the man is pitted against are external. Manhood is almost a measure of how a man looks. What he wears or how he talks. If we were to quantify it, why can’t we go with things that actually matter? Like a man’s values or even how much impact he has on society around him?

It is this lie that birthed the current breed of men who are obsessed with the exterior, superficial outlook. The media sells them out everywhere. These corrupt pricks fake everything. They want to show that they got it. They take some pills and get instant abs, biceps and triceps for photoshoots. They gamble and bet all day and night in the hope of winning millions to buy  flashy lifestyle, cars and women. They mimick all definition of happiness by what the banana media intends to sell out to us. This is bullshit!

By believing in the concept of real manhood or a good man we are continually undoing all the progress that manhood has made socio-economically. When a boy is born, he finds the lists of attributes in place. He grows up being pitted against them. He spends his whole life trying to scale them. Almost always, he will not be able to tick off all the boxes because he is a real good man and a real good man is not perfect.

He spends a great deal of his resources trying to reach what society tells him is perfect. Depending on the strength of his fight, he may give up along the way and spend the rest of his life feeling like a failure because clearly, according to all those around him, he is not a real man. Something must be wrong with him. To read more posts by Danstan, click HERE

WHAT LABEL OR BRAND DO YOU REPRESENT? By Mercy Karumba
Previous