‘YOU ARE A LIVING MAGNET’ By Mwangi Ndegwa

All of us get excited when we are expecting something new in our lives; a "New beginning", so to speak. It might be graduation, starting a new... 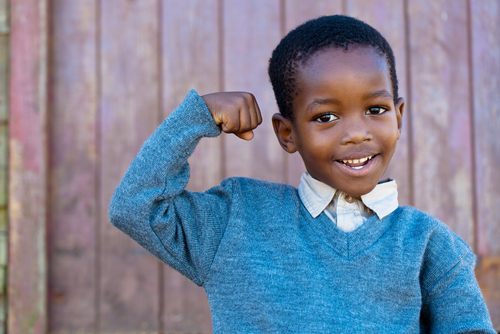 All of us get excited when we are expecting something new in our lives; a “New beginning”, so to speak. It might be graduation, starting a new school, moving to a new neighbourhood, a new job or even starting a relationship. That waiting moment  gives a feeling one cannot express in words. This is what young Brian was going through.

Every weekday morning used to be a form of torture for Brian for Brian was the youngest born in his home and not yet of school age. Brian’s elder siblings and his parents would troop out of the house headed for school and work respectively. Little Brian would be left at home with the domestic assistant for the whole day. It was boring and this was made worse because he didn’t have anyone to play with.

Brian’s parents had given the domestic assistant strict instructions that Brian was not allowed to wander outside of the compound so there was no way he could join the neighbour’s children; all he could do was to sit forlon outside his parent’s house and listen as the children shouted happily from the next compound. As he grew older, Brian started questioning his parents as to why he was being left alone in the house instead of leaving with the rest of the family. His mother explained to him that he was not yet of age so he couldn’t go to school as yet. Brian kept pestering them until he finally reached school age. He was besides himself with joy when his father announced that he would be joining school the following year which was a month away. Brian’s face beamed with joy when his mother took him to the school uniform dealers so they could fit him with a school uniform as they awaited the reopening of school. D- day finally arrived and the night before, Brian couldn’t sleep well. He kept waking up after almost every hour. His excitement could not be contained as the day finally dawned.

Brian’s dad drove him in the family car to a nearby school and he was enrolled to join grade one class. Due to the hunger and curiosity that he had harboured for so long, Brian adapted quickly and became the darling of the whole school. His most exciting part was when they were allowed to go into the mini lab where they were allowed to work with various science equipment though under the watchful eye and guidance of his class teacher. There was one thing among many others that really caught his attention: The Magnet. He couldn’t understand how a piece of iron could pull other pieces to itself and hold them so tight that it was almost impossible to pull them apart. Being young, it was quite difficult to explain to him all about magnetism and magnetic fields. His teacher though being trained, was able to  give him a satisfactory answer more so on the kind of metals that could be attracted and ones that could not. Brian couldn’t wait to get home and narrate to his parents, his newest discovery.

Most of us like Brian  always get intrigued by some happenings in our lives. We wonder where some of these things come from. We wonder what gave them  access into our lives. They seem to follow us the same way iron nails get attracted to a magnet. Its not just things but even people. There are people who show up in our lives and due to their questionable characters,we would not want to be associated with them and yet they keep showing up in even the most unexpected moments.

Human beings are a very special creation. We are the only creations that can change the environment. Other creatures adapt to the environment but humans adapt the environment to themselves. We change the environment to suit us not the other way round. It is important to note that anything that we do is first conceived in the mind before it is actualized. You cannot actualize something that you cannot visualize. The creation process starts in our minds before it moves to the physical. Once we visualize something, the universe starts bringing together the things we need to bring our thoughts into fruition. The universe provides material for whatever dominant thought that is in our minds be it positive or negative. We attract things that are related or associated with our dominant thoughts so we need to be extremely careful about that, which we give prominence, in our minds because as the wise saying goes “Like begets like.” If you don’t like the things that are occurring or happening in your life, check your dominant thought, for therein lies the solution. You will always attract what you think about most. To read more posts by Mwangi, click HERE