‘DISCORD IN MY MELODY’ By Danstan Wasobokha

Patience and tolerance have their frontiers. It was time to let him know that even though Christ advised one to offer the other... 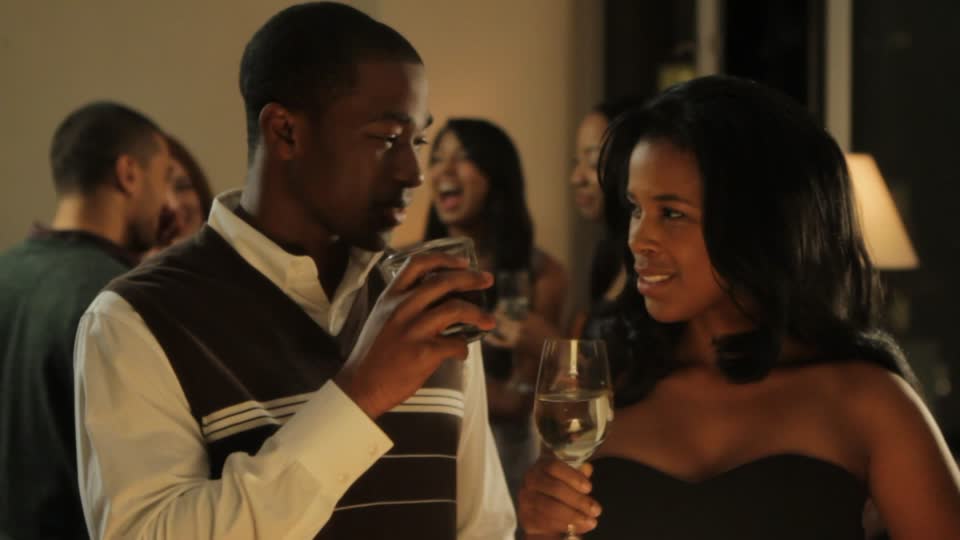 Patience and tolerance have their frontiers. It was time to let him know that even though Christ advised one to offer the other cheek when one is slapped, he mentioned nothing about the consequences of the second slap. I resolved to stomach what had befallen my bleak field of vision.

I knew she felt suppressed; she felt her grip of the world seep through her fingers. She could not watch as the rest of the world enjoyed, dined and wined. Her free-spirited soul yearned for more- it yearned to commune with the world, to twine with the earth and let it know her soul. She wanted more …More than just a life locked in a house.

It all began when, for the first time, Kate, broke out of her cocoon. Her parents, predictably, would never allow her to do so. Her dad, precisely, my senior teacher, was a diminutive bald- headed man  with a stentorian voice that quavered due to old age and many years of Asthma. Sandra, her mother, was a kind lady with a big heart. I wondered if her motherly smile would still hold, if she discovered the underhand motives behind my frequent visits and willingness to volunteer to take on any task she requested.

I have never quite understood what this cute princess saw in me that always drew her close. She was the embodiment of serene beauty, a perfect delight. A goddess she was, with the grace and aura of royalty. When she blurted out “I Love you Dan!” I definitely questioned the sincerity in those heavy words. In my sober thoughts, this was quite sarcastic. Was it because I was the only person dressed in the prefects’ attire? After all, it was unheard of for ladies of such class to associate with regular school boys like me. Ironically, the age-old romantic tell-tale of ‘rich girl, poor boy’ was catching up with us fast.

My job in that affluent home was relegated to the realm of unimportance. As a perceived disciplined student, I would be picked among other students to help out with manual duties and demanding domestic activities in the teacher’s quarters. All the same, I would look at her daily and make wild wishes; if thoughts were loud, she’d surely slap the hell out of me every time she heard mine – slap me hard for that matter.

We mainly worked with cereals and poultry. We would spread maize out on sheets of sacks under the sun to let it dry, periodically wading our feet through the grains so as to mix them up and enable them to dry effectively. At dusk, we would mix the grains with anti-parasite and pack them up in 90 kg bags before loading them onto trucks.  I later came to learn that the trucks delivered the sacks to the cereals board for sale. In addition, we tended the staff poultry projects. This included feeding the poultry, cleaning the shelters and collecting eggs or preparing the broiler chicken for sale. These activities were carried out under the instructions of senior students who took Agriculture as a subject.

We were not paid any dues for the tasks we completed. The entrepreneur in me watched and learnt how the school tapped on the readily available human resource to maximize on its profits and diminish production costs. To us, we were innocently working on the schools poultry and grain projects. However there was a bigger picture involved – the picture that we were a cheap, readily available input quality. A great lesson indeed – open your eyes to the resources around you.

That fateful day, the day Kate broke out of her cocoon; she had the courage to take their fully loaded, maroon, G-class Mercedes Benz and waited for me at the school chapel. I had sneaked out of school via a small opening between the school dining hall and the store. This used to be our secret communication avenue. I crawled through a stretched garden that separated the school fence from the teachers’ quarters. I used a rod to meticulously manoeuvre through the thick bushes as I found my way through to the Chapel. I tip toed past the serene compound around the chapel to the gate.

Finding my way out of the school was an easy task. I had done this several times before. I used to sneak to the teachers’ garden to harvest avocado fruits, a popular delicacy for students.  These were used to spruce up different meals in school.  These I would preserve under my bed until they ripened. Thereafter, I would sell each one at twenty shillings to students. The loyal friends who foresaw the mission and others who took part in it got their fair share of the returns. Not once did it ever turn sour.

Kate wanted to take me out that evening. She asked me to decide our evening destination. Her glamorous look threw me into an instant reverie of a fairy world. A thought surged into my mind; this was a lucid opportunity to actualize part of my wildest dreams. I had nothing to worry about since her parents were out of the country on their regular ‘Business trips’. I got into the car immediately and as she drove off the dimly lit car park, I felt a whole new world in that flashy whip.

The first stop was at a high end Fashion store at the Rahashamy mall. She bought me a classy suit with a traditional – official combo, one I thought only existed in movies. It was silky black with traditional Ankara at the lapels of its coats and matching sleeve buttons. Its coat had velvet black at its collar and was indeed, made of the finest material. I felt like a new man in this suit. As I fixed the golden cuff links of my shirt before donning the posh coat, I was assured that surely, this was no phantasm; this was real!

Our next stop was at The Rafina resort. Everybody cast a perplexed glance at us as we ascended the stairs. This clearly insinuated that indeed, we epitomized a perfectly matched couple. Some were jealous and others were suspicious – all the same I had their attention. And that to me is all that mattered then. Gracefully, she made her way to the bartender and got two glasses of champagne for us. Her hair fell in graceful curls on her shoulder. Her dress was the perfect balance between revealing and arousing mystery and curiosity in a man. It was long enough to cover the details, but short enough to keep it interesting. Her beauty captured the attention of many.

When the multi-colored neon lights got a reflection on her face, the golden stud that stood desolately at the side of her nose glittered.  This adorned the flashy looks of this angel and harmonized everything.

I was occupied by this majestic queen of mine, but couldn’t help but notice a light skinned, slender man who had a distasteful habit of staring blankly at Kate’s chest. I gave him the cold shoulder. We got to the dance floor where Dutch courage took the better part of me as I rocked the floor. I enjoyed every moment, every single moment. As she let her hips gyrate rhythmically elating to all my senses, or lack thereof. It was a subtle mixture of rhythmic response to the compelling music as well as a coquettish invitation.

Again, I noticed the slender guy was also enthralled by her alluring moves. He confidently made his way towards Kate, stride by stride.  I tried to block his way by embracing my beloved, but was kicked back to sobriety.  A heavy fist landed right on my nose, more out of captivation than anger at being outclassed. There was an immediate pin drop silence in the club as if to observe a moment for a fallen hero. I felt like 2Pac because all eyes were on me.

He continued vexing my spirit as he forcefully embraced Kate. I had to retaliate, though with second thoughts considering the blow I had received earlier. Fury painted my countenance. I sprang up with some unconscious kicks, blows and slaps in a bid to salvage the situation. Luckily, my opponent was disoriented giving us an opportunity to take off. I could tell from Kate’s cryptic look that she too wanted us to leave the place. We got to the car and drove off with blithe disregard for traffic rules as we exchanged pleasantries.

She swiftly pulled over at their garage. We got out of the car ready for each other. She leaned against my chest and leaned for my lips. They met in a sweet sensual caress. I held her waist as we strode towards their living room. Suddenly, the lights in her room went on. There, in the middle of the room, stood her father looking on, in awe. For once I recognized how ugly the old man was. He looked like a resurrected corpse buried three decades ago. His faced resembled a tightly clinched fist knocked repeatedly on corrugated steel!  There is the discord in my sweet melody. To read more posts by Danstan, click HERE

'I WAS NOT BORN FOR ONE CORNER, THE WHOLE WORLD IS MY NATIVE LAND' By Mercy Karumba
Previous