A man gets into a favorite food joint, hand in hand with his woman. After moments of eating together and catching up, he... 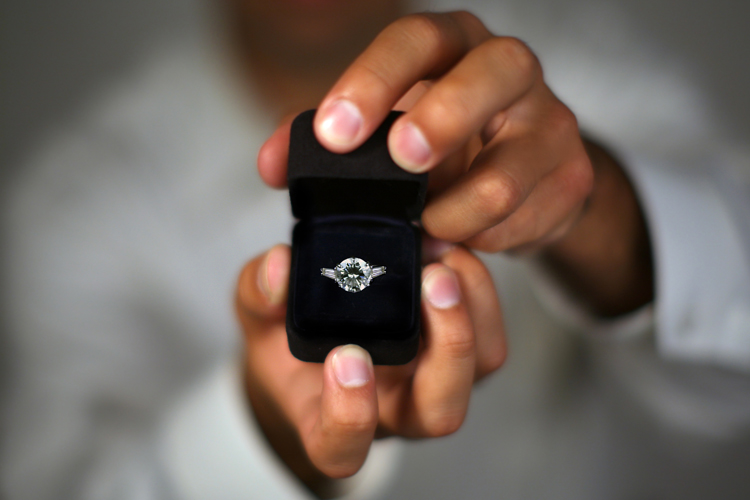 A man gets into a favorite food joint, hand in hand with his woman. After moments of eating together and catching up, he gets off his seat, and tells her to stand as well. Before she gets a grip of what is going on, he gets down on his knee, takes a ring from his pocket and pops the question, “Will you be my wife? “Unfortunately, this was not a pleasant surprise for her. After futile attempts of whispering in the man’s ears and trying to get him up to his feet, she finally decided to dash off and get away, leaving everyone in shock. Was she just not into the man? Did the proposal come at the wrong time or from the wrong person? Well, that is not my focus today. My emphasis is on the surprise part of the whole scenario.

It is said that all women love surprises, but that is actually not true. All women love to be thought of and appreciated and the surprise depends on what the plan actually is. It’s good to know your woman and what she loves and whether or not, she is a people person or not. You might think you are organizing a surprise but end up leaving her feeling embarrassed which is actually a minus for you.

A Research conducted by British Airways revealed an interesting conclusion that women on average demand a notice of 7 days and 11 hours for a surprise vacation. Unlike men who are more spontaneous and do not require a lot of preparation, a woman, especially if she is the organized kind, needs time to prepare. She might enjoy the trip but under her breath, have so many worries due to lack of preparation. However, four out of ten women confessed that they need not to worry about a surprise trip, as a romantic get-away wouldn’t cross their partner’s mind. Is your woman among the four or the six? http://www.citmag.com/british-airways-research-finds-surprise-getaways-may-backfire/

For women, surprises, however small and as long as they are from the right person, bring butterflies to the stomach (literally), and just make the person feel so special and loved. Surprise her once in a while, make her know that you are thinking about her. While you make make some mistakes and she will probably get annoyed if you do get it wrong, she will praise you for the efforts in the long run. After some time, you will perfect the skill and know what works and doesn’t work for her.  Do men love surprises or not? Get a male perspective from my colleague Mitch  HERE

IS IT GENDER COMPETITION OR GENDER COMPLEMENTATION? By Danstan Wasobokha
Previous