‘THE QUAGMIRE OF YOUTH UNEMPLOYMENT’ By Danstan Wasobokha 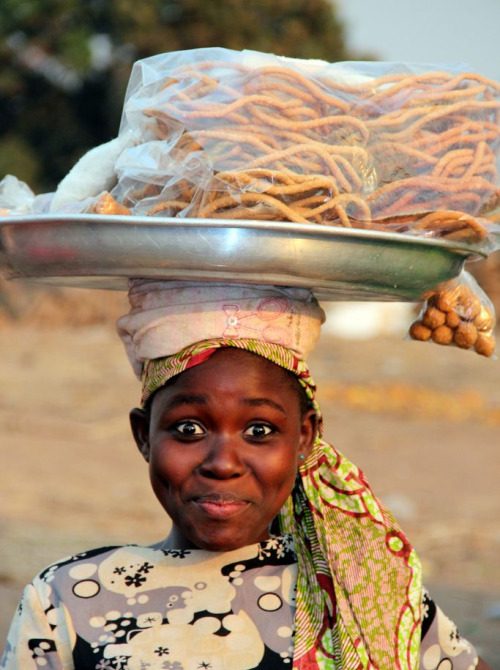 So I wrote this post over 2 years ago but unfortunately, not much has changed.

These days, it seems that our youth go through a cycle. They are passed through schools that don’t teach anything real about life, are then forced to search for jobs that don’t exist and finally, are left stranded in the streets to stare at the glamorous lives advertised around them that they cannot afford.

It is common practice to see people with incredible academic qualifications posing at strategic places during peak hours (when traffic jams are tightest), holding huge placards containing a list of their qualifications, asking for jobs. These include multiple degrees, masters and certificates in different professional fields.  I saw a write up about the death of employment in a certain country and thought I should share my thoughts on it in the context of most African countries.

Someone posted a photo of a woman engaging in ingenious business and it sparked multiple reactions. She carries a gas cooker, eggs, frying pan and utensils around construction sites, receiving orders for fresh fried eggs which she prepares on the go. Many people sympathized with her because she has a college education, and as such, apparently she shouldn’t be engaged in such work. For some however, this is something to celebrate. Somebody has risen above her situation, and found something to do with her life.

Africa is awash with graduates moving from office to office searching for the elusive formal job. In the banking sector for example, thousands of graduates jostle for jobs in a shrinking market. Yet, information technology has made traditional banking almost obsolete since many people now use mPesa or transact on their phones: they withdraw, deposit, transfer cash, and even borrow loans.

This grim reality should awaken us to the truth of our times: The era of formal employment is over. Does this mean education becomes useless? Not at all. The country will continue training all forms of professionals.  What is needed though, is a huge shift in paradigm? The first step is to manage expectations.

There is a big difference between the theory in a lecture room, and the real world. Our education system must start preparing our students about the uncertain terrain in the job market. Only graduates who are willing to soil their hands and cultivate in patience will succeed in the ever changing landscape.

The lady preparing eggs on the spot has already learnt how to adapt to the tides of time. Armed with her education, she will slowly penetrate the market, and after sometime, she may employ others to help her in her vast distribution network. These alternative ventures, which are a form of hustling, need time to grow into enterprises. The era of clambering for quick riches should end.

Looking at photos of Jay-Z in full attire of PUMA, one may think it is just a typical photo of him. But it is deeper than that. Jay-Z’s right hand man, Vegas Jones collaborated with PUMA and has a line of clothing and footwear. Jay-Z hasn’t even signed an endorsement deal with PUMA out of loyalty & support of his friend and his vision. Some young people won’t even share a friend’s business page or posts promoting their services. Yet these very same people never stop asking for favors in terms of free goods or money.

I have heard countless stories of young people who have suffered at the hands of local celebrities who demand free goods and services or breach payment agreements only to show off to the public, their expensive ‘imported’ luxury product. Support your friends like you support international celebrities you don’t know. When you support a small business, you support a dream that my change your immediate society.

Additionally, studying a certain course does not mean one is necessarily destined to work in that line of business. We have seen doctors who have become successful farmers. Some economists have gone on to become great fitness trainers. There is a Swahili saying that goes, Mchagua jembe si Mkulima (He who gets choosy about farming tools is not a real farmer). The youth ought to be taught the need to be willing to take on transitional jobs as a means of building a successful dream. Sometimes you need to do these transitional jobs to get to where you want.

If you have to sell bedsheets, sell bedsheets. Do what you have to do with pride, at the same time, do not let any job kill your dream. The only thing that can make you feel alive is your dream. You have to make the decision and say, ‘I am going to do this’ NOT, ‘ I am thinking about doing this. Stop waiting on your ‘dream Job’ that will instantly deliver all your demands at your door step, in one fell swoop.

Finally, governments have a role to play in that, they need to provide enabling environments to nurture start-ups and other forms of hustles. For a long time, starting a business has been made complicated almost to the point of being criminalized, especially for struggling youth. The tax regimes and licenses should be streamlined and made easy to adhere to. A death knell has sounded on the era of employment. A new era of self employment begins. Let us start bracing for the challenges ahead.  To read more posts by Danstan, click HERE

'STOP DRILLING THE HOLE OR WE SHALL BOTH SINK!' By Mercy Karumba
Previous