WHY AM I DOING THIS? By Mercy Karumba

"Eight monkeys were put in a room. In the middle of the room was a ladder, leading to a bunch of bananas hanging... 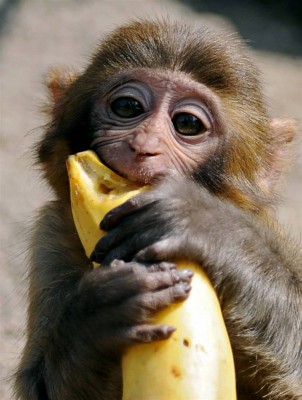 “Eight monkeys were put in a room. In the middle of the room was a ladder, leading to a bunch of bananas hanging from a hook on the ceiling. Each time a monkey tried to climb the ladder, all the monkeys were sprayed with ice water, which made them miserable.

A second original monkey is removed and replaced. The newcomer again attempts to climb the ladder, and once again, all the other monkeys hit him too. This includes the previous new monkey, who, grateful that he’s not on the receiving end this time, participates in the beating because all the other monkeys are doing it. However, he has no idea why he’s attacking the new monkey. One by one, all the original monkeys are replaced.

How many times do we take the time to analyse a certain belief, doctrine or profiling? Most of us are guilty of blindly following a tradition without asking why. This really depicts our perspective on certain issues and way of life. We need to take time off and ask WHY. At times it may not be taken well to question certain things but it is wiser. Get to know why this is right and why this is wrong? Why do I have to do things this way?

Just like the monkeys, we could be losing out on certain opportunities just because we did not take the time to analyse a certain custom. What is it that we are blindly following or have taken as true without proper analysis? It is high time we ask the hard questions. To read more posts by Mercy, click HERE

'THE SUN, THE BEGINNING OF REBIRTH' By Mwangi Ndegwa
Previous