‘THE SUN, THE BEGINNING OF REBIRTH’ By Mwangi Ndegwa

In the southern hemisphere, it is currently summer and the temperatures during the day are reaching some crazy levels. The dust sometimes is unbearable. Naturally,... 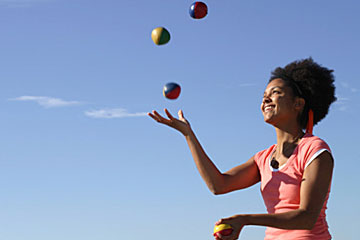 In the southern hemisphere, it is currently summer and the temperatures during the day are reaching some crazy levels. The dust sometimes is unbearable. Naturally, few plants can survive prolonged sessions of these extreme temperatures. In the semi arid areas, the first casualty is usually the grass followed by some plants which can’t survive for long without water. If you go to most of these areas, it is brownish all over because much of the grass has dried up.

To a casual observer, it may look gloomy and as if all is lost. This changes in the first week of rains. The seemingly dead grass starts sprouting out and within no time, there is lush greenery all over. The grass which sprouts out after the rains is greener and more healthier than the previous  one. The scotching sum is nature’s way of ridding off the already mature grass shoots that can longer grow. Once the sun has done its work, nature triggers the rains so that the now dormant grassland can start growing again. So we can confidently say that its life stared from the scotching sun.

This analogy has great similarities to our day to day life. Many of us have found ourselves at the lowest point in our live; that point where you have hit rock bottom and all hope seems lost. You exhaust every single resource to a point where you can’t even afford a single meal. The situation is so bad that you feel as if you are standing on hot coal. Most of the successful and influential people past and present have found themselves here. Some have even been declared bankrupt; case in point the current American president Donald Trump who was declared bankrupt four times.

When you find yourself at this point, don’t call for a pity party for it will solve anything. This is launching pad for your future success. You have to see this as an opportunity to start all over again, wiser this time around. Mark this as your second birthday. This moment, though tough and trying, if properly used can turn out to be the best one in a person’s life. Nurture your seemingly dead situation with hope, positive affirmations, determination and above all, a comeback plan. You only fail in either of these two occasions; either you are clinically dead or have stopped trying. “Fall seven times rise up eight” (Japanese proverb) sums it up. Don’t fear the heat of the situation, instead, use it to fire up the potential resident in the inside of every one of us. To read more posts by Mwangi, click HERE

On 'THE POWER OF NEW BEGINNINGS' By Mitchell Odhiambo
Previous