“If you don’t know who you are … ” By Mwangi Ndegwa

"If you don't know who you are, you will answer to whatever name you are called or given." This... 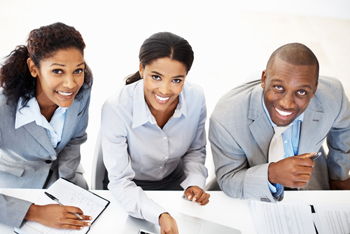 “If you don’t know who you are, you will answer to whatever name you are called or given.”

This is one quote that one of my mentors by the name of Dr Wale, uses regularly.  I had never given it much thought  until I took a more critical look at society today.

From the young to the older folks within our society, a common thread is evident.We are at a point in our lives as a society, where material things have taken precedence over values.

It is common occurrence that in all spheres of life, be it political, social, economic and even religious, that people will give recognition to the person who looks to be doing well financially.

Don’t get me wrong about this. I am not saying being financially well off is bad; far from it. The thing I have an issue with, is putting materialism before values and judging people based on what they have or don’t have. It is totally impossible to quantify a human being’s worth using material possessions as a measure. This is the same thing we are grappling with in our country when it comes to leadership matters and the fight against graft.We vote in leaders not on the values and the issues they stand for, but rather, how deep their pockets are.

All this boils down to us the masses. Its sad that few of us know who we really  are and thus don’t know our value leading us to fall for whatever looks attractive to the eyes, however toxic it might be. But if we know who we are, we then know what values we represent so we will be looking to those who have similar values to ours and above all, when it comes to matters
leadership.

As I conclude my two cents of wisdom is this: a people who know who they are will stop at nothing but the best from those they give charge over their affairs. They are willing to stand up and defend their values because they have an identity, which in turn gives them value. My parting question is this: Do you really know who you are and if you do,what are you doing with that knowledge? All the best to you all.

'Learn to Live With Imperfections' By Gertrude Nyatichi
Previous