On ‘ZEUS, GOD OF THUNDER’ Part 1 By Anne Gathoni

The name Zeus is one that has been echoed in all spaces; academia as well as non-academia alike. Zeus is the embodiment of... 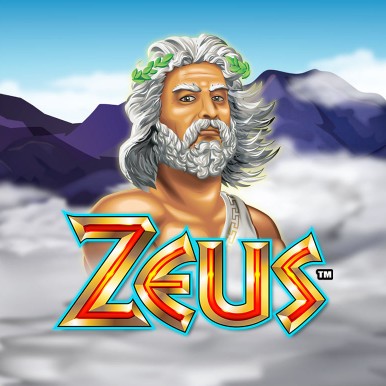 The name Zeus is one that has been echoed in all spaces; academia as well as non-academia alike. Zeus is the embodiment of true power and imposing authority. He is known as the King of all of the skies, ruler of both mortal men and gods; he is the god of thunder and lightning. He is often depicted as bearing a bolt of lightning in his hands (his weapon of choice), watching from his throne atop Mount Olympus. The tale of Zeus spans a web of so many intertwining paths up to the point where he was able to supplant his father, and become ruler of all the skies and earth.

It all began before the great battle of the Titans. Zeus’ grandfather was a Titan by the name of the Uranus. Titans were Gods of fearsome proportions; giants with immense strength and power.

Uranus had several children with his wife Gaia, and he was threatened by the massive size and strength of his children, always afraid that once they were old enough, they would try and overthrow, and probably succeed him. And so driven by this wild fear, he rounded up all his children and threw them into a dark abyss for them to suffer, and die.

His wife, however, loved her children and helped them vanquish their father and escape their dreary prison. In his final breaths, their father declared that their children would one day come to betray them as they had betrayed him. One of his sons, Cronus, then took over the reign and enjoyed supreme power. He however took his father’s prophecy a bit too seriously. Any time his wife Rhea would give birth to a child, he would take the child and swallow it whole. The children, being gods themselves, were immortal, thus ended up trapped inside their father, now no longer a threat to him. He swallowed five of his children, and each time he did this, Rhea grew to hate him more and more. When she gave birth to Zeus, she swore to protect him. She swaddled a large rock in some baby blankets, and presented it to Cronus, who instantly swallowed in his state of delirium.

And so Zeus grew up, hidden and protected by his mother who helped him train for the inevitable battle with his father. Feeling ready enough to face him, Zeus confronted his father and did battle with him. He succeeded, and was able to free his siblings who were still entrapped in their cruel father’s body.

Zeus took over reign of the lands, and became a wise and just ruler. He and his siblings ruled together, and together, were known as the Olympians. His transition into power was not a simple one. Other Gods that had been loyal to his now deceased father put up an opposition against his ascension to power, and Zeus only rose to power after winning the Battle of the Titans. More details on this legendary battle in ‘Zeus, God of Thunder Part 2’ – click HERE

"If you don't know who you are ... " By Mwangi Ndegwa
Previous