Do you sometimes look at yourself and don’t feel good enough in comparison to your friends or siblings? Sometimes I do. You may believe... 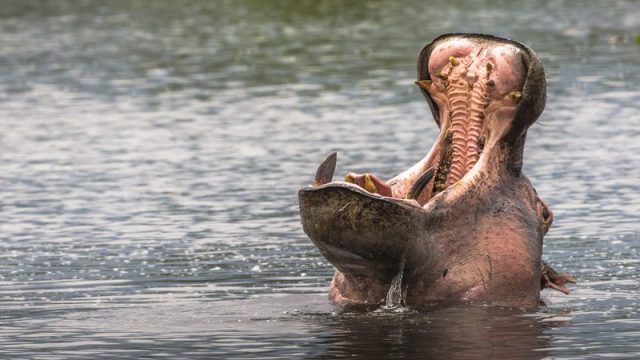 Do you sometimes look at yourself and don’t feel good enough in comparison to your friends or siblings? Sometimes I do.

You may believe that they are privileged because they are smart and went to good schools while you did not. Sometimes you admire that they are in good and stable relationships but you are single. Other times you simply feel out of place and really want to fit in so badly. The next time you feel this way, please remember this story:  Once upon a time, a hippopotamus lived in a river next to a big and solitary tree.

One day, a bird came and nested in the tree. The songs and the flight of the bird caused such envy in the hippo that he couldn’t think of anything else. Every day, he would lament the fact that he had been born a hippo. This, despite the many times the bird told the hippo he was so lucky to be so big and such a good swimmer.

Finally, the hippo made his mind up that he would come out of the river, climb the tree, go out to perch on a branch, and start singing. However, when he tried to climb the tree it was all too clear that the hippo didn’t have wings, nor the claws to climb with and neither could he hop.

Realizing that he would never manage it, he angrily rammed his whole weight against the tree until it came crashing to the ground. Then, triumphantly, he stepped on to the leaves of the fallen tree, and began singing.  Unfortunately, hippos cannot sing either. All that came out of his mouth were horrible noises, and when the other animals heard this, they all gathered round to make fun of the hippo standing on the branch of a fallen tree, trying to sing like a bird.

He was so embarrassed by this that he decided to never again regret being a hippo. He also felt bad about having knocked the tree over. He used all his strength to raise the tree back up again, replant it, and look after it until it had completely recovered

Many a time we are envious of our friends and even siblings that we lose our own identity. We forget that we are unique and talented in our own way. The hippo was obsessed by the bird perching on a tree and singing, and this became his definition of ideal, whereas he forgot that he had a big body and could swim while the bird couldn’t. This envy pushed him to make a fool of himself when he fell off the tree and tried to sing.

This is what we do in our own different ways, we see a friend doing something or having posted something on social media and we want to be them. We may be eyeing that light skinned friend and want to bleach ourselves to be like them. We may be envious of some physical features in someone and we decide to go for plastic surgery to be like them. We see someone has gone on vacation somewhere and we do everything that we can, to go to the same place even when we know we can least afford it. Some of these actions may cause us embarrassment as people easily recognize when we are not being ourselves and failing at it.  Love yourself and be content with who you are, before you end up embarrassing yourself.  To read more posts by Mercy, click HERE

'KEEP TO YOUR LANE' By Mwangi Ndegwa
Previous