‘ON A DEADLY FROZEN NIGHT’ By Anne Gathoni

I came across this story on my wanders across social media platforms. It is based on a true story which I would like... 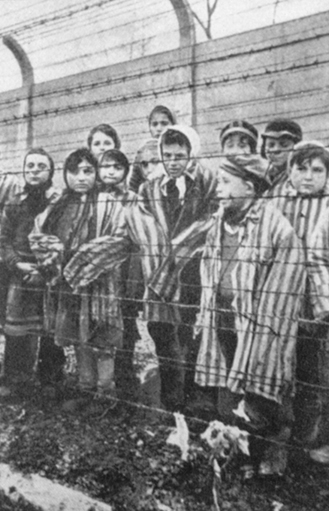 I came across this story on my wanders across social media platforms. It is based on a true story which I would like to share with you all.

There was a Jewish man named Yankel, who had a bakery, in a town, Crown Heights, Germany. He always said, “You know why I’m alive today?”  He said “I was a kid, just a teenager at the time in Germany.  Nazis were killing Jews with no mercy.

We were on the train being taken to Auschwitz by Nazis. Night came and it was deathly cold in that compartment. The Germans left us on the side of the tracks overnight, sometimes for days, without any food. There were no blankets to keep us warm. Snow was falling everywhere. Cold winds were hitting our cheeks, every second. We were hundreds of people in that terribly cold night. No food. No water. No shelter. No blankets “. “The blood in our bodies started freezing. It was becoming ice.

Beside me, there was a beloved elderly Jewish man from my hometown. He was shivering from head to toe, and looked terrible. So I wrapped my arms around him to warm him up. I hugged him tightly to give him some heat. I rubbed his arms, his legs, his face, his neck. I begged him to try to be alive. I encouraged him.

All night long, I kept this man warm this way. I was tired, and freezing cold myself. My fingers were numb, but I didn’t stop rubbing heat into that old man’s body.

Hours and hours went by. Finally, morning came and the sun began to shine. I looked around to see the other people.  To my horror, all I could see were frozen bodies. All I could hear was deathly silence. Nobody else in that cabin was alive. That freezing night killed them all. They died from the cold. Only two people survived: the old man and me. The old man survived because I kept him warm… and I survived because I was warming him. May I tell you the secret to survival in this world?   When you warm other people’s hearts, you will remain warm yourself. When you support, encourage and inspire others, then you will discover support, encouragement and inspiration in your own life as well.  My friends, That is the secret to a happy life.” To read more posts by Anne, click HERE

OF VIRUSES AND OUR MENTAL FILES By Mwangi Ndegwa
Previous