In my continued safaris around our beautiful country, I landed in Longonot crater. This is one spectacular marvel formed from volcanic activity many years ago.... 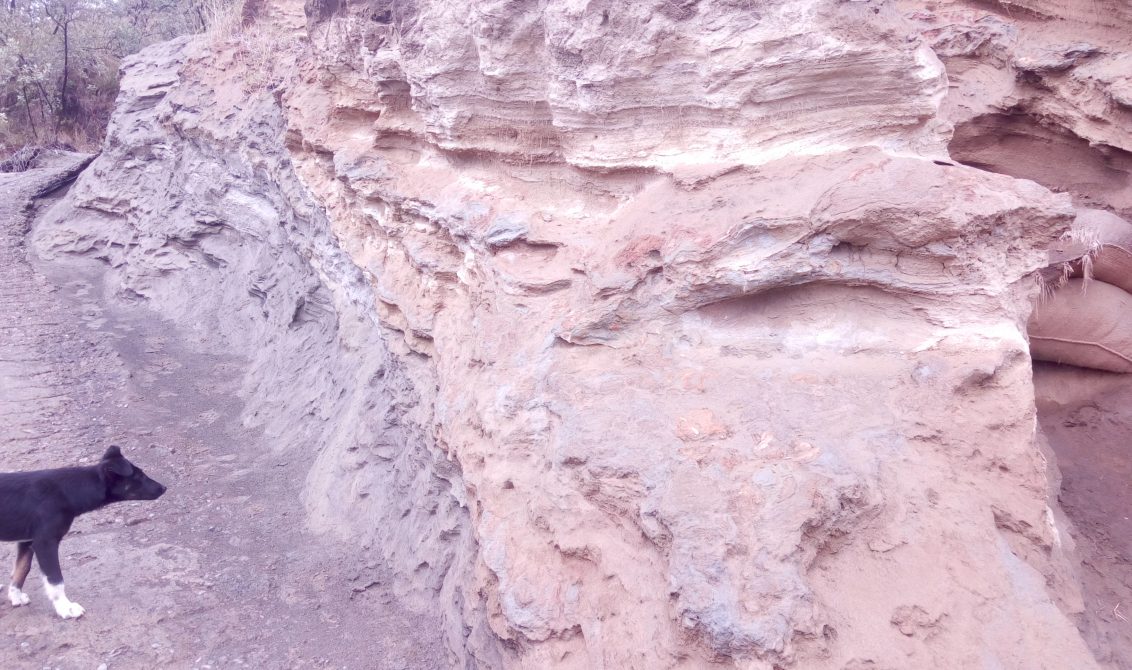 In my continued safaris around our beautiful country, I landed in Longonot crater. This is one spectacular marvel formed from volcanic activity many years ago. It is bang in the middle of another marvel: the great rift valley formed by tectonic plates shift. Approaching it from Nairobi which is to its east, you feast on the escarpments on the southern end of the Aberdare ranges.

The climb from the main gate of the park to the rim of the crater is approximately 3.5 kilometers. Covered by grass and short shrubs, one can easily miss some of the features like the one in this photo, which is where I derive today’s lesson. This rock structure, formed years ago, was once covered by soil and trees. Being in a steep gradient and the area having a considerable amount of rainfall, this happened to be the main path of the surface run off. Continuous flow of water for decades slowly started wearing away the rock and small gullies started forming. This soon now exposed the layers we see in this photo.

Its common knowledge that water has neither shovels nor excavators so its natural way of forming its path is  through continuous erosion, removing small grains of sand a little at a time until the huge gullies are formed. How I wish this would give all of us a lesson to apply in life. I have seen many people start something but a few months down the line when it feels like no progress is being made, they give up. Persistence wears resistance. Before you call it quits, give it one more push. Its not the last blow of the hammer that splits the rock but every single blow. This principle applies in every aspect of our lives. Students go through it, parents go through it, religious leaders go through it, employers and employees go through it, entrepreneurs take the lions share. You are not alone in this so don’t give up as yet. To read more posts by Mwangi, click HERE.