‘THE SHIELD’ By Angela Mugo

A few months ago, I decided to try something exciting and got my ears pierced. It was exciting for me, I thought they... 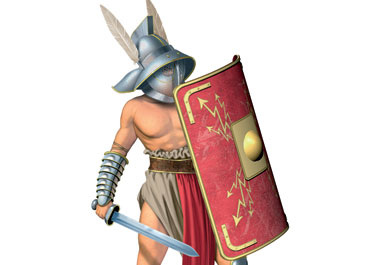 By Angela Mugo September 29, 2017
0 1471 0
By Angela Mugo
September 29, 2017
0 1471 0
A few months ago, I decided to try something exciting and got my ears pierced. It was exciting for me, I thought they looked amazing. I wanted to show them off. However, whenever I went to a crowded place, I instinctively put my hands over my ears. I was terrified that something would come into contact with them and hurt me. I was terrified of the potential pain I would have to endure. I had this beautiful thing I wanted to share with the world but ended up covering it up for the fear of something that was probably not  even going to happen. I kept promising myself that once they were fully healed, I would stop putting my hands over them. Then I realized that long after they were healed, I still instinctively raised my hands to them when someone passed near me. Let’s discuss the shield.
I decided I wanted to start writing tutorials. I believed it would be an amazing way to share my knowledge with the world, while still learning a lot more. See, I long learnt that you cannot teach that which you do not understand. So armed with this motivation, I sat down and outlined what I wanted my tutorial to look like. I was excited. I wanted everyone to know what I was up to. However, as the time to actually sit down and write my tutorial approached, my excitement began to wane and I was consumed with worry. There was little gremlin in my head calling me out on my inadequacies. It reminded me that I had just started out. It told me that my tutorial was probably going to be terrible. It told me that only seasoned programmers should write. It gave me examples of people who tried writing and ended up failing miserably. Luckily, I silenced this annoying little creature and began to write.
Once I was done writing, the little creature leered it’s ugly head again. It brought to my attention all the inadequacies my piece had. It told me it was too long, It told me it was too detailed. It told me to fix these before I could realistically attempt to share it out. So I sat down and edited. I edited my article, polished, dusted until it was. shiny.  However, I still did not achieve perfection. It was good, just not perfect. The gremlin brought this to my attention. It told me people would read my article and correct me. It told me I would discredit myself by releasing an article that was half assed. It took me to other people’s pieces and showed me what a proper writer looks like. It showed me the number of years of experience they had. It convinced me I would never be an outlier. Then it convinced me my choice of topic was poor; that it would have minimal readership.
Armed with this information, I was ready to quit. However,  someone took me and tossed me into the arena. They  published my article. I was scared at first, angry. However, with time, I realized I was pretty stoked with being in the arena. I was happy people were seeing my work. I did not mind the fact that some would find mistakes in my work. All I cared about in that moment was that I was daring greatly and I loved it.
See, the thing about perfection is that we believe it is our way of excelling. We get to that point where we believe anything other than perfection is substandard. We work extremely hard to achieve this farce yet always fall through. What I have come to learn is that perfectionism is a shield  we use to prevent ourselves from going out and daring greatly by using perfectionism. We use it to excuse ourselves from making any real impact. See, the most beautiful things are flawed. They are beautifully flawed. They however, shine through the flaws and emerge even brighter. My piece was not perfect, it had a typo in the first paragraph. However, it was a great article. I did the work, had people proof read it, yet perfectionism was never to be achieved. If I had waited for it, my piece would probably have just been sitting on my PC gathering dust. Do not be afraid of criticism, leverage it. Use it to grow and make a positive impact. Do not hide that beauty, shine it out for the world to see. To read more posts by Angela, click HERE
Photo Credit: thegrandcolosseum.weebly.com

'ONE FOOT IN FRONT OF THE OTHER' By Mwangi Ndegwa
Previous