I first met her at my aunt’s house. She was a very graceful young lady going about her business. She was standing above... 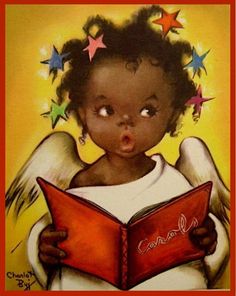 I first met her at my aunt’s house. She was a very graceful young lady going about her business. She was standing above the sink rinsing something with the sweetest song on her lips. Her voice was amazing and the way she sang with so much joy in her heart was infectious. For a while, I stood there and listened. It wasn’t a song I had heard before, it was in vernacular. It was however a song I would have loved to have heard again. She was dressed very simply, you could almost miss her. She was in grey slacks and a big grey sweater. However, when she turned around, I was sure you would never ignore her. She had the friendliest face I had ever seen. I greeted her and asked her what song she was singing and she smiled shyly. She told me its name. As I intended to download it and listen to it later, I asked her who the artist was. She giggled and walked away.

As I spent more time at my aunt’s house, I came to later learn that she was her housekeeper. My aunt never had any luck with them and I was surprised by how well they were getting along. My aunt was so taken by her. She always fussed over how you never saw her but always felt her presence. The house was always immaculate yet you never saw her struggle. You never saw her bending awkwardly in front of you trying to clean up; in fact it became a running joke that she used magic powers.

Fast forward a few months ago, the young lady requested that I help her out in the house. Her request was that if she got home late, I was to prepare dinner for everyone. I agreed and thought not to ask why, as this could be misconstrued as prying. For two weeks, she was out of the house long before 6 o’clock and got back by 7pm. She would be doing her chores late into the night. Ironing work clothes, washing kids’ uniforms and preparing breakfast. Not once did I see her face drop. She was tired but she seemed to be satisfied to be so.

After two weeks things went back to normal and she resumed her usual routine. However, two weeks later she asked me to take a couple of photos of her. She was dressed immaculately with her hair all held up and stunning jewelry. When I asked what she needed the photos for, she said they were the cover of her new album. In that moment, I was astounded. I did the best I could, given my next to nothing photography skills and she thanked me immensely.

Two weeks ago I got a text on my phone inviting me to her album launch. I was excited to go and I dragged a couple of my friends along to go and support one of our own. When we got there, the place was alive with joy. She was up and down greeting everyone, welcoming everyone, being the best hostess ever. It was her afternoon and she owned it. When her music was played, she danced as if there was no tomorrow and wowed everyone. However, my biggest shock was when they played a song I recognized. To my utter amazement, I realized the very first song I heard her sing when I met her was actually her own.

It was an amazing afternoon and it ended and we all headed home. We took a detour and spent around one hour around the estate chatting and catching up. When I got home, I found this young lady in the kitchen, wiping and putting away dishes. It was as if one hour before she hadn’t brought the roof down with her music. This humility touched my heart and taught me so much. Someone said, work silently and let your success make the noise. To read more posts by Angela, click HERE