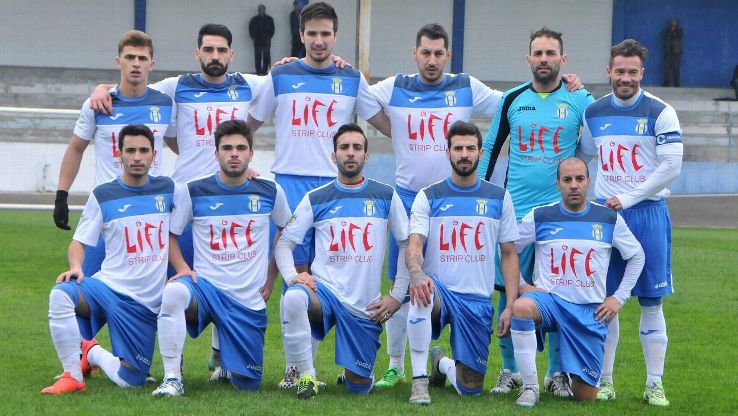 Shocking scenes from the Portuguese team, FC Canelas 2010. A 4th tier Portuguese team allegedly made up of FC Porto ultras, ‘Super Dragons’. Let me work backwards and start with the latest incident.

A fourth-tier regional district league game took place the other day between FC Canelas 2010 and Rio Tinto where everything went South. It did not take more than two minutes into the game before all hell broke loose. Marco Goncalves allegedly suggested a player talked ill about his mother which led to him retaliating. The physical retaliation led to Marco being sent off before he got his boots and kits dirty.

Marco was having none of that and he sought vengeance on the referee, Jose Rodrigues. He grabbed him by his collar and kneed the referee, the referee was then taken to hospital with a suspected broken nose. The game was over before it had even begun. The fans went wild and chaos ensued. The game had to be abandoned.

Reports suggest that Marco denied kneeing the referee in a post-match interview. I found this to be really funny since video recordings are available. The Canelas Club President, Bruno Canastro said Goncalves has been banned for life, a statement on their Facebook page read. The statement continued to say that the Club strongly condemns the behavior of the player.

As if this incident were not enough, during the course of the year, the team was said to be on a winning streak like Chelsea. But hold your horses; theirs was a different one. It turned out that teams were afraid to play against them, fearing for their life, so the teams opted to forfeit and get a 3-0 automatic loss plus pay a 750 Euros fine to the Portuguese F.A. It’s said and known that the matches take place in a sort of terror environment meaning away teams will chicken out or rather be smart about it and not take part in the game.

Canelas was unbeaten in 17 games, winning 16. Now this is where it all gets interesting; 12 out of the other 13 teams in the division did not want to play them, meaning they won all of those games automatically.

Truly this could mean disaster for football if they were to progress to the first tier of the Portuguese league?

'O God help a man, when his woman is pregnant ' By Mitchell Odhiambo
Previous