On ‘Overcoming Failure’ By Angela Mugo

'Overcoming Failure'  In the middle of 2009, he was the software engineer that no one wanted to hire. He had... 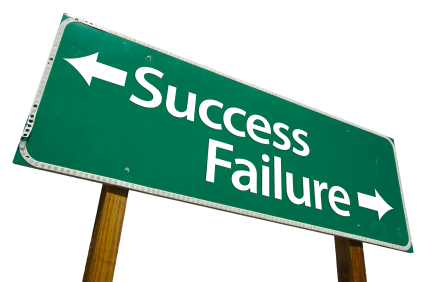 In the middle of 2009, he was the software engineer that no one wanted to hire. He had 12 years experience at Yahoo, but he was rejected by Facebook and then rejected by Twitter. He’d been to a great university, he had a great CV so he then decided to team up with one of his alumni members at Yahoo and started to create an app and focus on the startup space. Within five years’ time, he had sold that app for $19 billion to Facebook. Believe it or not, that was Brian Acton the co-founder of Whatsapp.

When he was rejected from Facebook, he said it was a great opportunity to connect with some fantastic people and look forward to life’s next adventure. When he was rejected by Twitter, he responded by saying, “worked out, it was quite a long commute.” It’s so interesting to see that someone rejected from two of the top internet companies actually responded with humor and actually
responded with positivity.

Another example is one of a lady who was diagnosed with clinical depression.

Her marriage had failed, and she was jobless with a dependent child. She was on a four- hour delayed train journey from Manchester to London when she came up with this idea. And she started to write this book about this wizard. And as she started writing, she then finished her manuscript, took it to 12 publishers, and was rejected by all 12. Believe it or not, that was J.K Rowling.

Therefore, failure is just a sign that we need to widen our scope. We need to be ready to build ourselves for the next level. Actually, what we end up achieving is far greater than what we’d envisioned for ourselves. And this divine plan, this orchestration can’t be happening without this intervention that occurs because if we’d had it our way, we’d just settle. We’d just accept what we thought was our goal what we thought we were chasing. But actually, I’ve noticed that when you don’t get that, later down the line, you look back and you reflect and realize that what you’ve gained is so much greater. Failures are only failures when we don’t learn from them, because when we learn from them, they become lessons. And we actually extrapolate all these teachings and actually get more insight into how we can improve the way we work and how we can actually drive with a different energy. The challenge we have is that we can only talk about people’s failures when they succeed. And that is often why failure is regarded as this taboo or we
feel like their failures never happened. We need to share these stories earlier. We need to bring out these stories and experiences on the journey so that people who are on the journey can actually follow in these footsteps. And that’s why Steve Jobs said “You can’t connect the dots moving forward. You only can when you are looking backwards”.