Should Wayne Rooney a.k.a Wazza, be dropped officially by both teams he plays for? Both on the club and international stage?  Rooney is such a brand that... 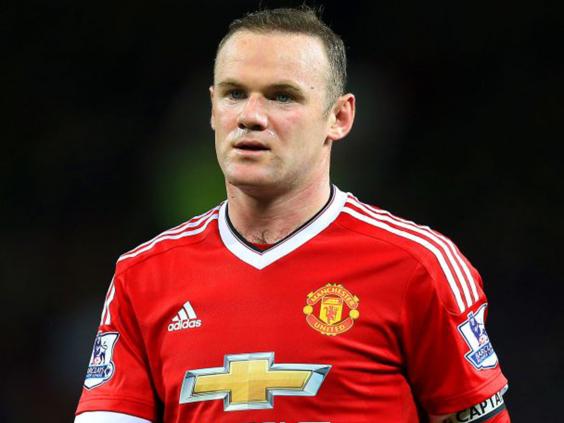 Should Wayne Rooney a.k.a Wazza, be dropped officially by both teams he plays for? Both on the club and international stage?  Rooney is such a brand that even if you are not a football zealot, odds are you might still know who he is.

Jumping on to the scene as a 16 year old with the then David Moyes’ Everton. Rooney was unplayable at the time and it was scary that he was only 16. His goal was a scorcher versus an Arsenal team full of Champions and gladiators. This helped to make his rise to the top all the more sweeter. The Creator could not have planned it better for him, scoring a wonderful screamer connecting perfectly with the ball at his feet. To add salt to injury to the Gunner faithful, he scored an injury time winner to deny Arsenal the league trophy that broke the hearts of the Gunners. If that wasn’t enough, the League title went to the Red part of Manchester, Manchester United. The fiercest rivals of the Gunners at the time.

If that game did not capture the attention of Ferguson I do not know what game would have. A 16 year old from another team helping you clinch the title and not forgetting with style and dramatic fashion, I probably would have wanted to sign him too. We talk about the rise of United’s Marcus Rashford, some people tend to forget Rooney’s rise to stardom was magical and seemed to be one of those fairy tale stories you hear or watch on television. The following season he signed for United and on his debut he scored a hat trick in the Champions League and the rest is history.

If Arsenal fans detest certain players, it must surely be former Chelsea striker, Didier Drogba who scored a lot of goals against them and yes! You guessed it right, Wayne Rooney. He has tormented them all through the years.  His fighting spirit, strong mentality and determination for the game and team are or were, Rooney’s best attributes. These attributes are hard to come across by top notch players. Of course don’t get me wrong he has or had talent (depending on how you view it), he could dribble, he had good ball control, strength and a fierce shot on both legs.

I don’t know what happened to that Rooney. Maybe aliens are taking over the world and we are not paying close attention. The aliens have cloned him and abducted the real Rooney. His performances for United have been below par, loosing the ball on most occasions and fluffing clear chances. His performances have earned him a spot on the bench and with his latest showing for country, he should step up or step aside for other players. Yes he is the captain but he should lead by example. He needs to be put to the test and fight for his position on both sides of club and country.
What do you think happened to Rooney? Is he playing good football? Is he undergoing some dip of form? Or is he completely finished?

FEMALE PERSPECTIVE By Lillian Sudi PHYSICAL OR EMOTIONAL INFIDELITY, WHICH IS WORSE?
Previous

Wellness Wednesday By Patricia Mollyne Mataga 'Have a Success Model or Two or Ten'
Next
Loading...
Loading...