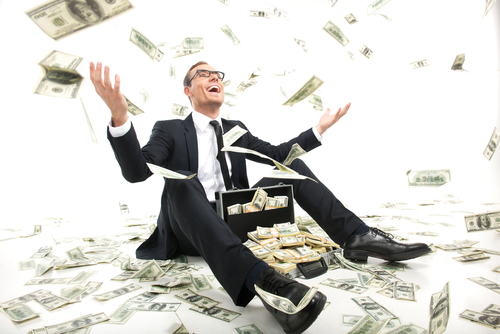 My love of nature sometimes makes me do crazy things, like lying on my back on some lush green grass and watching the blue sky with clouds lazily drifting across the sky. One thing that catches your eye (especially if you are in the countryside or a game park/reserve), are the birds flying in the air. There are so many different species and each has its own style of flight and height at which they fly. They make such a beautiful scene especially with the blue sky background and scattered white and grey clouds.

I believe the earth as it is, is as vast as the skies and no matter how many people are born here, we can never fill it to the brim. The opportunities are many and we can barely exhaust them. The question many of us may be asking ourselves is: if this is the case, then why is there such a high level of competition for the available resources and opportunities?  The answer is plain & simple: GREED.

Yes, it is good to be ambitious and want to own property and other things, but why do people go to the extent of grabbing other people’s properties and sometimes even causing others injury or death, even though often, the person doing this, has more than enough to last him/her a lifetime and even to their fourth generation?

Greed manifests itself in so many areas of our lives. It is rampant in social circles, politics, the economy and even religion. We have been brought up in a culture where we first think of ourselves before anyone else. With such mentality, nothing will ever be enough. You will always want to amass more and more. If we could cultivate a culture of sharing and thinking about others highly (as we do with ourselves), this world could be a far better place to live in. We need to share love and extend a helping hand wherever and whenever opportunity presents itself.

It’s a fact that you cannot eat more than one plate of food in one sitting so why prepare so much food which you end up throwing away? For those in employment, you cannot occupy two positions in a company so why become envious and jealous of your fellow employees simply because they have been recognized for their (hard) work? For you who is in a senior position, why do you feel threatened by your Junior’s hard work? What makes you think they are after your position to the point of you having them fired or transferred?

In conclusion, I would like to leave you with these words: The ocean has so many fish and other marine creatures and yet none has ever complained that one was occupying too much space or using up more oxygen. The birds have been flying in the skies and yet have never taken each other to court on trespass charges. Animals in the forest have lived harmoniously for centuries. Herbivores eat their vegetation, carnivores eat their flesh and there has never been any uproars from either side. We human beings have been blessed with a reasoning power and yet it seems to escape us when we most need it and that is often the cause of all the wars and upheavals we are seeing all over the world.

We need to return to the ancient ways when everybody was a brother or sister and where each looked out for one another. We need to always keep in mind that life is not a competition but a symbiotic kind of a relationship where we complement not compete with one another. Let us repeat these words: There is enough for everyone’s need but not enough for everyone’s greed.~ Mahatma Gandhi To read more posts by Mwangi, click HERE

MOTIVATIONAL MONDAY! On 'LEARNING TO SAY NO' By Miriam Mukasa
Previous