A story is told about a man who was taking a walk with his son one Sunday afternoon. They happened to pass through a forest and as... 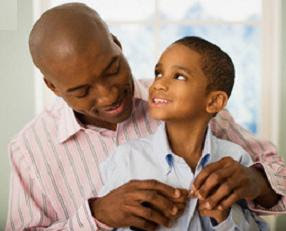 A story is told about a man who was taking a walk with his son one Sunday afternoon. They happened to pass through a forest and as is normal within forested areas, you walk up and down valleys. Indeed, as too is normal with young children, they love playing, shouting and generally, enjoying themselves more so, if they are in the midst of nature.

As they descended down a valley which had some high rocks, the boy became excited by the huge bolders which seemed to be suspended in the air. He started shouting in excitement and to his shock, heard somebody shouting back using his exact words. He turned to his dad in horror and asked him who that was. His dad tenderly held his hand and asked him to shout “I hate you!” He did that and the voice shouted back the same. The boy started shaking with fear but his father told him “Now shout, I love you!” The voice shouted back the same. It was at this point that his dad explained to him that the voice he kept hearing shouting back is called an echo. If you shout inside a huge hall or in a place with huge, high rocks as where they were, then when your voice waves hit that barrier, they bounce back to you. That’s why you are hearing the same word you shouted coming back to you.

This is a great lesson for each one of us. Every time we send something out, be it good or bad, we must keep in our mind that it will at some point, come back to us and most times amplified many times over. If you do good to somebody, up ahead in life, it’s going to come back to you in the most of unexpected circumstances. If you do something bad to someone else, as day follows night, it’s going to come back to you when you least expect it. This proves true the saying “Do unto others as you would have them do unto you.”

If we all purpose to treat others well, this world would be a far better place because it will be revolving round and back to us. So from today, purpose to send out some good “echo” for it’s going to come back to you, compounded, shaken and overflowing. To read more posts by Mwangi, clikc HERE