HIS PERSPECTIVE - Do not be quick with your mouth to utter anything about men or hasty in your heart to pass judgement about others, for your... 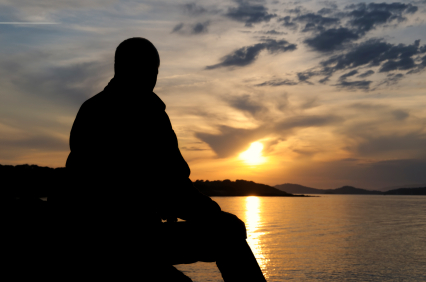 HIS PERSPECTIVE – Do not be quick with your mouth to utter anything about men or hasty in your heart to pass judgement about others, for your life experiences may be as far apart as heaven and earth, so let your words be few. Forgive those that have offended you and embrace those in need of love. Do not malign a servant to his master lest he curse you and you be found guilty. There is a generation that curses its father and does not bless its mother. There is a generation that is pure in its own eyes yet it is not cleansed of its own filth. O how lofty are their eyes and their eyelids are lifted up.

Some of you are harsh towards your parents and maybe even resent them for what they did or did not do for you while growing up. Forgive them and set yourself free. Go ahead and forgive your fathers and mothers, for you do not know the sacrifices they had to endure to give you what they gave you.

Certainly some could not help themselves because they were still resentful of their own parents and took it upon themselves the fallen nature of their parents and passed it on to you. If you do not forgive them, you will pass on the same nature to your children and they will resent you producing a lineage of angry, restless people who are easy to demoralize. Forgive them and start over a fresh chapter of life and freedom. You owe that to your generations that follow.

There is a generation whose teeth are like swords and whose jaw sets are like knives to devour the poor from off the earth and the needy from among mankind. Do not be like them. Liberate yourself from that and embrace the truth.  Until we speak again, I am your host Mitchell Odhiambo. Welcome to a man’s new world.

Never Judge someone before knowing their full story By Mercy Karumba

“First impression matters!” We often say, but we forget the wise saying,” All that glitters is not gold,” and the reverse is true. How many times do we see someone and disregard them, either based on how they are dressed, their body-size, if they are walking or driving, or whether they are talkative or not?

While some may have more stories than others, everyone has that one story about them, that would change your perspective if you got to know them better. A story that I might have probably shared before, that highlights this lesson pretty well goes as follows: A doctor entered the hospital in a hurry after being called in for an urgent surgery. He answered the call asap, changed his clothes and went directly to the surgery block. He found the boy’s father pacing in the hall waiting for the doctor. Upon seeing him, the father yelled, “Why did you take all this time to come? Don’t you know that my son’s life is in danger? Don’t you have any sense of responsibility?”  The doctor smiled and said, “I am sorry, I wasn’t in the hospital and I came as fast as I could after receiving the call and now, I wish you’d calm down so that I can do my work”

“Calm down?! What if your son was in this room right now, would you calm down? If your own son dies while waiting for the doctor than what will you do??” said the father angrily. The doctor smiled again and replied, “We will do our best by God’s grace and you should also pray for your son’s healthy life”.

“Giving advice when we’re not concerned is so easy” murmured the father.

The surgery took some hours after which the doctor went out happy, “Thank goodness! your son is saved!” And without waiting for the father’s reply he carried on his way running by saying, “If you have any questions, ask the nurse”.

“Why is he so arrogant? He couldn’t wait some minutes so I could ask about my son’s state” commented the father when seeing the nurse minutes after the doctor left. The nurse answered, tears coming down her face, “His son died yesterday in a road accident, he was at the burial when we called him for your son’s surgery. And now that he saved your son’s life, he left running to finish his son’s burial.”

The man thought that the doctor was arrogant and did not understand his son’s anguish, little did he know that the doctor had lost his own son, and was making a big sacrifice to attend to this patient. How often do we behave like this? Making conclusions about someone based on our own lens/paradigm without knowing their story? Remember, never judge someone before you know their full story, you may think you know them, but you don’t! Here’s the female perspective by Mercy Karumba, what’s your say?