" Mr Fred I am so disappointed in you. How can you do this to me? After all the years of being a loyal customer this is... 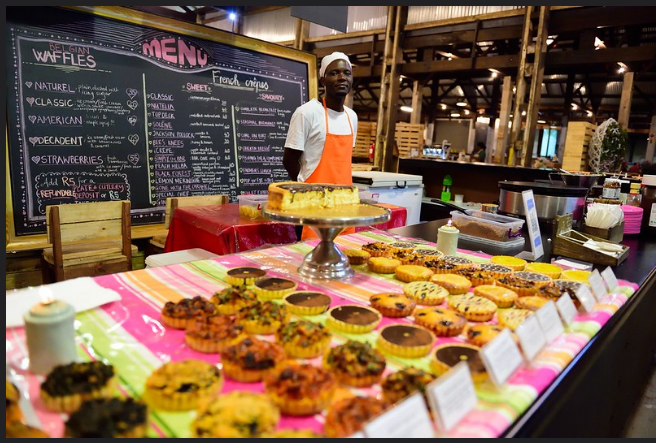 ” Mr Fred I am so disappointed in you. How can you do this to me? After all the years of being a loyal customer this is how you repay me?”

These were the angry words from Mr Jones, a customer. Mr Fred owned a fast food cafe in down town Johannesburg and had a long standing reputation for serving quality and fresh bhajias, fries and other fast foods. He had a workforce of ten people and right from opening time until closing time, the cafe was always packed but then along came  COVID-19 and everything turned upside down. Due to government restrictions on movement and the closure of so many businesses, business started dwindling and before long, the cafe was getting barely a quarter of the number of its previous clients. The amount of food they used to prepare was slashed by 90% and still it became a struggle selling it all. Every end of the day, there would be leftovers. This trend continued and before long, 75% of employees were laid off.

Mr Jones had been a loyal customer of Mr Fred’s cafe and even when business start going south, he still religiously continued being a loyal and daily client. Mr Fred had other businesses and had left the running of the cafe to one of his trusted employees who happened to be the longest serving. Mr Fred would only appear at the end of the week to check on the progress of the cafe. Things had been going well and there were few complaints before the advent of COVID-19. It was at this point that some of his employees, without his knowledge, hatched a plan of reheating and repackaging food from the previous day and then selling it on, as fresh.

Mr Jones happened to be one of the unfortunate victims of this plot but having been a client of this cafe for a number of years, mr Jones knew the different tastes of the food served there and could easily tell fresh food from stale, however well it was packed. When he came to register his complaints, luck was on his side for it just so happened that Mr Fred (the owner), was at the cafe on that particular day. This angry outburst from his most loyal of customers, promoted him to launch an immediate investigation. The senior employee owned up to his mistake and that left Mr Fred with no option but to terminate his employment and also promise Mr Jones a complimentary meal.

LESSON – While many of us have been unfortunate victims of plots such as places reheating food and selling it off as fresh, we should never be tempted by shortcuts. What the employee did was wrong and in the end, he paid a high price for this behaviour by losing his job. Unethical behaviour has a way of catching up with us. Avoid it at all costs even when it looks like those around you are getting away with it. To read more posts by Mwangi, click HERE

The five people that you spend most of your time with, will dictate how far your life and career will go.'
Previous

His & Her Perspectives on 'Never judge someone before knowing their full story' By Mitchell Odhiambo & Mercy Karumba
Next
Loading...
Loading...