‘JUST HIT IT ONE MORE TIME’ By Mwangi Ndegwa

"Dad I'm just tired! I think some of us were born to fail. Nothing ever works right for me. I can't do this anymore. I'll just sit... 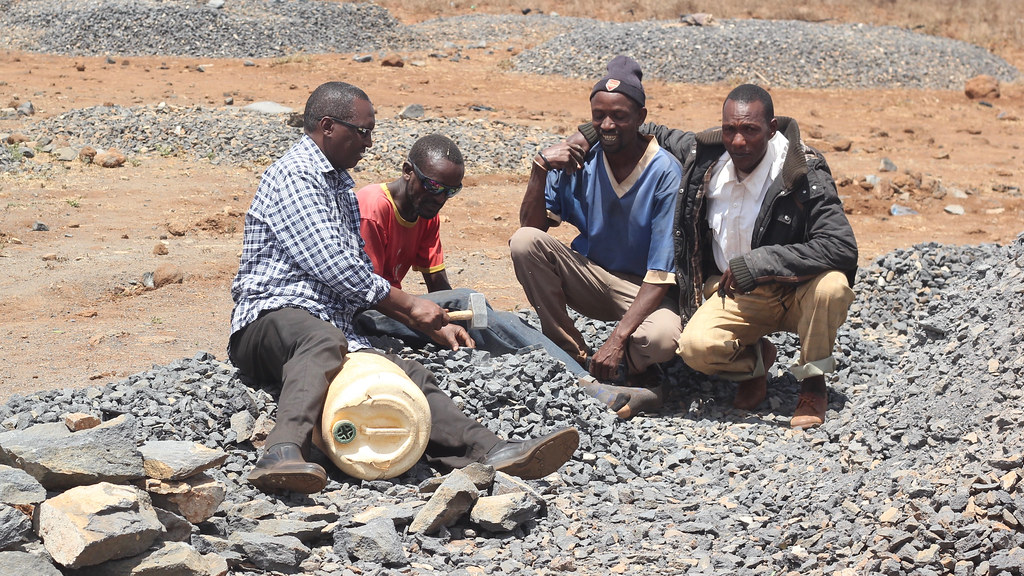 “Dad I’m just tired! I think some of us were born to fail. Nothing ever works right for me. I can’t do this anymore. I’ll just sit and wait for whatever card, life will deal me.” These were words from a painful heart of a young man by the name of James who was pouring out the frustrations of his life to his father.

James was born in to a fairly well to do family. He was the last born of a family of five; three boys and two girls. All his elder siblings had completed their education, secured good jobs and were leading successful lives but for James, it was a different story. Having just turned twenty four, he had already lost two jobs, his business was already in the red, and had just ended his third relationship. James felt like he was made for failure and anything he touched, just wilted.

His father, Mr Rodgers who was heading into his seventies was a wise man; his wisdom gained from the tough experiences he’d been through, during his younger years. Mr Rodgers had gotten to where he was, through hard work, sheer persistence and huge sacrifices. He also had the patience to wait for something to mature, unlike his son’s generation which was used to instant things and didn’t want to hear anything about waiting. His father knew that all his son needed, was more patience, consistency and persistence. He also needed to control his temper and all would be well. Mr Rodgers knew that his son needed to learn not to react but rather, respond to situations.

Mr Rodgers was a real estate mogul and had many apartments and upmarket houses in posh neighbourhoods. His massive constructions had given him an opportunity to know quarry owners and even the men who worked in those quarries. He knew this was the perfect place to teach his son a very vital life lesson. After his outbursts of frustrations, James’s dad calmly asked him to go and rest. for tomorrow was going to be a busy day. James was left with many questions but knowing his father, left it at that.

The following day, James was up and early as per agreement with his dad. After breakfast, his dad asked him to get his off-road pick-up truck. James’s father mostly used this particular truck when visiting the quarry. James wondered whether his father was constructing another house without informing them but he choose to wait for what would unfold.

Their timing was right for they arrived a few minutes after the blasting of the huge parent rock was completed. The huge bolders were scattered all over the place. They parked their truck under the shade of some trees and walked down into the deep quarries. All the stone dressers were excited to see Mr. Rodgers for he was a generous man. James was not aware that his dad had contacted the supervisor who had been expecting them. The supervisor took James (as per his arrangement with Mr. Rodgers), to where the dressers were breaking the huge bolders with mallets into smaller manageable pieces. It was tedious work but one thing that James noted was that it took several blows of the mallet for a crack to appear on the huge bolders and several more blows to split it. After an hour of touring the quarries, the supervisor escorted them out and back to where they had parked their truck. He waved them goodbye and they drove back on to the main road. James was both curious and confused. They had spent a whole hour down in the quarries and he had not heard his father negotiate any transaction concerning the purchasing of the building blocks.

When he could no longer contain his curiosity, James asked his father “Dad we’ve been down there for a whole hour and apart from the tour and chats with the workers, we didn’t purchase or put an order for anything. What is this all about?” His dad still looking on the road straight ahead, cleared his throat and told him “My son, the reason why I brought you here is so that you can learn a very important lesson in life. If you watched carefully when those dressers were breaking those huge bolders, it took several blows before the bolder split. What you need to know is that it’s not the last blow that split the rocks but every single blow. Their consistency, patience and persistence finally split the rock.

This lesson directly applies to your life and the life of every other person anywhere in the world. Sometimes you may try something. be it a business, career, relationship or even a certain course and you are not successful in the first attempt. If you throw in the towel at the first sign of challenges or seeming failure, you may never succeed at anything because once you give up once, you will give up a second time and soon it becomes a habit. Sometimes you have to do something for a second, third or even up to ten times before you become successful at it. Thomas Edison tried 9.999 times before he succeeded in making the light bulb. I don’t know how many of us ccould persist to that level but this proves how persistence and patience pays dividends in the end. Life demands that we keep hitting our bolders until the day they split. Some bolders may not split in our generation but our consistent hitting will have given the future generations a head start. Never ever give up on anything that you have full faith in, that it has seeds of success in it. Just one more blow may all that is required and it might be the one that splits the rock. To read more posts by Mwangi, click HERE

STOP WISHING AND 'JUST DO IT!' By Miriam Mukasa
Previous