“If you’re too busy driving to stop for gas, it will soon catch up with you.” Robin Sharma

Musyoka was born in to a well to do family and his father made sure that he gave them the best things life had to offer as... 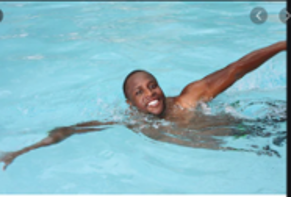 Musyoka was born in to a well to do family and his father made sure that he gave them the best things life had to offer as well as, the best education. He was a bright student and his performance throughout his schooling was exemplary. After graduation,  he  secured a job with an international vehicle manufacturing company. The salary was good thus enabling him to live a good life. The company also gave him a nice company car. His main reason for applying for a job in this company stemmed from his love of cars for he knew he would have access to those top of the range models and even get a feel of them as he happened to be in the sales division.

Musyoka’s weekends were spent outside the capital city Nairobi. He loved the vast open countryside especially after it had rained. The cool clean crisp countryside air and the lush greenery made his spirit soar. He could spend all day here if only his job would allow him to do so. Musyoka would take long solo rides or with his lovely wife, stopping every now and then to stretch and take in some fresh air or for snacks.

One day his former schoolmate who lived some 200 miles from the city invited Musyoka and his wife over for the weekend. He was excited, for he knew this was the chance to test his new car. The car had a top speed of 280kph and he had always dreamt of trying this out on a straight road. On the eve of his travels, his boss called him late in the evening. There was a client who had come in late and the only person who could handle his demands was Musyoka. He reluctantly went back to the office and by the time he got home, it was already late. He hurriedly showered, had a quick dinner and then off to bed. The journey the following day was long so he needed enough rest. The fatigue of the previous day got the better of him and by the time his wife was woke up the next morning, Musyoka was already two hours behind schedule. He hurriedly rushed into the bathroom, showered, dressed and didn’t even have breakfast. He packed their overnight bags in the trunk of his car and they were off. With around 50 miles left to their destination, the fuel warning light lit up. The fuel in the tank was running low and they needed to refuel, the gas stations along that route were few and far apart and you could drive for long before finding one. His wife had noticed the light and when she’d spotted a gas station, she had reminded him but Musyoka had brushed her off. He was confident the remaining fuel would get them to their destination and, as far as he was concerned, stopping even for a second, would be a waste of time. Unfortunately, as fate would have it, 30 miles past the gas station, the car stalled. It had ran out of fuel in the middle of nowhere. There were no homes nearby, very few vehicles used that road and it was getting late. His wife was so upset with him because his ignorance had brought them into this fix.

Meanwhile, his friend got worried when they failed to arrive on time and decided to call him. Musyoka explained his  predicament and luckily, his friend came to his rescue. They finally got to their destination tired and in very low spirits. He had learnt his lesson and in the most painful way.

LESSON: I don’t know how many of us can empathise with our friend Musyoka. Each one of us has words for him although many may not be nice ones but just like Musyoka, many of us are making the same mistake. Working is good and we are all encouraged to work hard but how many of us ever take time off to recharge. We’ve heard of people collapsing at work or behind the driving wheel because of fatigue. Some have even worked themselves to an early grave. There are some who have lost their families and health to work. There are so many people with work related health complications. While it’s true, we can never succeed in life without working, it’s important to have breaks in between. Take some minutes off your busy schedule to stretch and breath some fresh air. Take a day off every weekend and go for a walk in the forest, massage, swimming, a round of golf or a ride out to the countryside. You will return refreshed and rejuvenated ready for work. Those people who take breaks are more productive at work  compared to those who work nonstop. We need to know that we can never finish work. It keeps increasing daily. Let’s therefore learn to log off our daily schedule and have fun. Work should be enjoyed not endured. A break is both good for us and for those around us. To read more posts by Mwangi, click HERE

If you set the bar so low and insist on surrounding yourself with mediocre people, don't be surprised that you are not making progress.
Previous