COULD YOU BE RUNNING THE WRONG RACE? By Mwangi Ndegwa

Sports is one of the major things that brings people from different backgrounds together, binding them in a unity, which not even politics or religion can. It... 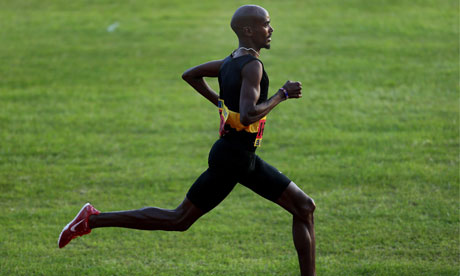 Sports is one of the major things that brings people from different backgrounds together, binding them in a unity, which not even politics or religion can. It is only here that people hug or high five total strangers. As long as they support the same side, religion, race, tribe or ideology, lines become blurred.

There are three types of sports that have a very huge following namely: Athletics, Soccer and Cricket. The latter two are team sports but the first one is mostly individual save for the the short and popular relay race. Athletics range from the 100 meters dash, all the way to the marathon which is 42 Kms. While the shorter ones test one’s speed, the longer ones test a person’s endurance and even more, character.

Kiplimo was born in the county of Eldoret situated in the Rift Valley, 380kms west of the Kenyan capital, Nairobi. This is christened the home of champions, for most of the world beaters in the long races come from this area. Kiplimo had grown watching the likes of Kipchoge Keino, Eliud Kipchoge, Douglas Wakiihuri, Rose Tata Muya, Tecla Lorupe, Catherine Ndeereba and many more who had excelled in the world marathon stage. He had a burning desire to one day emulate these great runners and if possible, outdo them. Kiplimo started practising while still in primary school. He would run all the way to school which was close to 10kms in the morning and repeat the same in the evening. This greatly built his endurance and kept him both physically and mentally fit. He represented his school throughout his schooling life and would always come out on top at all times.

When Kiplimo completed his secondary education, he started working on his father’s farm as his parents didn’t have the financial capability to take him to a college. Despite that, he never abandoned his ambition of becoming a world beating athlete. So Kiplimo continued with his training daily. His efforts finally paid off. One of the local leading supermarket chains (through their Eldoret branch), organized a half marathon and full marathon races to help develop local talents. Each participant was supposed to register and each category had a code. Kiplimo was confident and so he chose to go for the full marathon but he made one blunder: at the starting point, he joined the group of half marathon runners. The start gun went off and the race got under way. Years of relentless training soon started showing because by the halfway mark, Kiplimo was already ahead of the other competitors with a sizeable gap between them. Within no time, Kiplimo finished the race with in a record time but when he was checked on the system, they couldn’t find his name. It was at this point that he realized that he had take part in the wrong race. His win was nullified as the rules stipulated. That was the most devastating moment of his life.

Some of us may sympathise with Kiplimo and others may judge him harshly but one thing is sure and certain – many of us have been victim of the same. It might not be a marathon or any other sport, but the race is in the game of life. Many of us are running a race that we have either not registered for or are unqualified to run. A business person starts a business to make profit but along the way, he/she looses their initial reason and starts competing with other business people some not even in his line of trade. A students goes to school to study but on getting there, joins a group of students who are there for other reasons except studying and before long, he is expelled for indiscipline and other related offences.

Another example, two people meet, get to know each other and agree to marry but a few years into marriage, fights become the order of day simply because one of them could not keep their side of the bargain. These and many more, are people who are in the wrong race and even if they win, they will not be recognized because that’s not where they were registered to be. We need to challenge ourselves with this simple question: Am I running in the right race or am I participating in a race where my win will neither be recognized nor suctioned. To read more posts by Mwangi, click HERE

'Repair the leak in Someone's Life' By Danstan Wasobokha
Previous