‘LOVE ACTS MORE THAN IT SPEAKS’ By Mercy Karumba

A story is told about two brothers who inherited their father's land. The two brothers divided the land in half and each one... 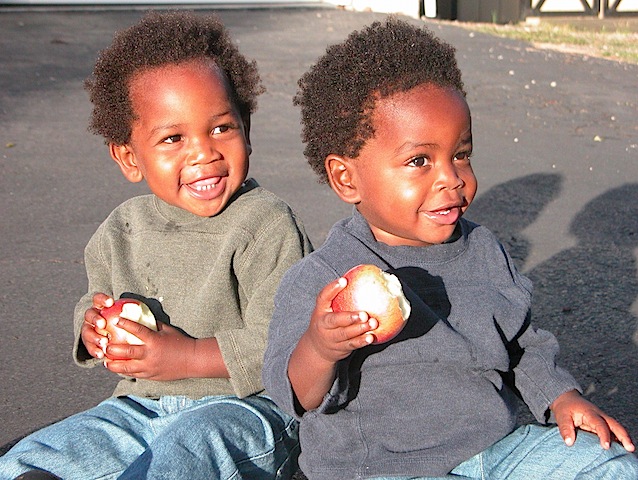 A story is told about two brothers who inherited their father’s land. The two brothers divided the land in half and each one farmed his own section. Over time, the older brother married and had six children, while the younger brother never married.

One night, the younger brother lay awake. “It’s not fair that each of us has half the land to farm,” he thought. “My brother has six children to feed and I have none. He should have more grain than I do.”

Earlier that very same night, the older brother was also lying awake. “It’s not fair that each of us has half the land to farm,” he thought. “In my old age my wife and I will have our grown children to take care of us, not to mention grandchildren, while my brother will probably have none. He should at least sell more grain from the fields now so he can provide for himself with dignity in his old age.”

So that night, he too secretly gathered a large bundle of wheat, climbed the hill, left it in his brother’s silo, and returned home, feeling pleased with himself.

The next morning, the younger brother was surprised to see the amount of grain in his barn unchanged. “I must not have taken as much wheat as I thought,” he said, bemused. “Tonight I’ll be sure to take more.”  That very same moment, his older brother was also standing in his barn, musing much the same thoughts.

After night fell, each brother gathered a greater amount of wheat from his barn and in the dark, secretly delivered it to his brother’s barn. The next morning, the brothers were again puzzled and perplexed. “How can I be mistaken?” each one scratched his head. “There’s the same amount of grain here as there was before I cleared the pile for my brother. This is impossible! Tonight I’ll make no mistake – I’ll take the pile down to the very floor. That way I’ll be sure the grain gets delivered to my brother.”

The third night, more determined than ever, each brother gathered a large pile of wheat from his barn, loaded it onto a cart, and slowly pulled his haul through the fields and up the hill to his brother’s barn. At the top of the hill, under the shadow of a moon, each brother noticed a figure in the distance.  Who could it be?

When the two brothers recognized the form of the other brother and the load he was pulling behind, they realized what had happened. Without a word, they dropped the ropes to their carts and embraced.

What exactly does true love mean to you? Is it about how much you receive from the other person or how much you give?  Do you get more fulfilment from giving or receiving?  How many times do you lay awake at night, thinking about the other person and what they need then figuring out how you can actually be their solution? These two brothers are a true definition of LOVE. As much as each one of them has their own worries and troubles, each one of them is concerned about the needs of the other. In the end, they realize that there is actually enough for all. Does the need of your spouse come before yours or is it just about what you can manage or what you need? Are you thinking, “oh maybe my friend needs this more than I do” and making a point to be there for them?

Imagine if everyone behaved like each of the brothers above; how much better will the earth be right now? Let us embrace the needs of others and learn to show love through our actions more, rather than saying it with our mouths for Action speaks louderthan words so we need to ask ourselves. “What impact am I making in the other person’s life.”  To read more posts by Mercy, click HERE

'AFTER THE AFTERMATH, THEN WHAT? By Mwangi Ndegwa
Previous