‘TO FLY, YOU MUST SPREAD YOUR WINGS’ By Mwangi Ndegwa

Kasuku the parrot had spent all his years in a cage. His wealthy owner had bought him when he was a young chick of about two months.... 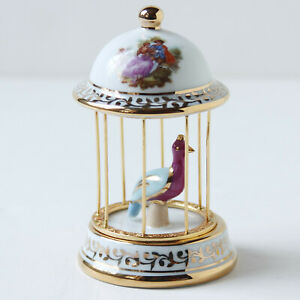 Kasuku the parrot had spent all his years in a cage. His wealthy owner had bought him when he was a young chick of about two months. He was locked inside a cage and then placed inside the magnificent sitting room near the window. That was his home and this was where he was fed from and also got the occasional visit by the vet.

His owner would always show him off to his fellow wealthy associates who would visit him for various business engagements. His prowess in pronouncing the most difficult words was unrivalled. Many of the visitors who saw him marvelled at this rare ability. His owner valued him so much that he had not only employed a handler to be at his service daily but had also taken an insurance policy for him. This had been his kind of lifestyle for the three years he had lived on earth. But there was one thing that always intrigued him and always left him with some many questions. His handler always gave him two sessions daily of sunlight each lasting two hours. First session was in the morning from 7:00am to 9:00am and then in the evening from 4pm to 6pm. This routine had been going on from the time he came to this wealthy household.

He loved these sessions so much and always looked forward to them. When his handler took him out of the house, he could open the door of the cage and Kasuku could hop out and onto his special basking board. He would observe some birds flying from tree to tree and branch to branch. Some like Tai the eagle would soar high past the clouds. Others like the sparrow would fly high then come diving down as they swooped on the insects which were their delicacy. Though he had all that he wanted, Kasuku always had this wish that he could one day take to the skies. He had never flown in his life so he took his thoughts as just wishful thinking.

One day, when he could no longer contain his curiosity, he decide to consult one of the birds who frequented the trees around his owner’s compound. His best bet was Njiwa the dove. He waited for the moment when his handler walked away and beckoned Njiwa. Being kind hearted, Njiwa was more than willing to assist. Kasuku explained his predicament to Njiwa about his wish of flying one day but didn’t know how to go about it. Njiwa revealed a secret that he had never known and told him “My friend, you were created to fly and that’s why you have wings. You have been denied that natural right all your life.”

Kasuku was shocked beyond words. He couldn’t believe this. Njiwa gave him simple instructions.”If you want to fly, you must learn how to flap your wings. Once they have gained enough stamina, then you will soar. Kasuku purposed that next time he was brought out to bask, that he start practicing what Njiwa had told him. So every time his handler brought him out to bask, he would wait for him to walk away and he would then start his daily practice. He did this for a week and on the eight day, his natural ability of flight was fully activated and he soon took to the skies like his fellow birds.

This story is the script for many, if not all of us. There is what we were born with which comes, naturally to us and which if fully activated, can help us do exploits in our world. But this has been a challenge to many of us because we’ve been locked up in “cages” of various types and sizes. They may be cages of finances, underprivileged backgrounds, education levels, societal expectations and limitations, religion, race or even tribe. This has led the natural ability to “fly”for many of us to remain dormant. We’ve denied this world our creativity and inventions. Could the cure for cancer and other chronic illnesses be locked up in a cage called employee in an office that has nothing to do with medicine? The next musical hit or box office hit might be locked up somewhere in a military camp, hospital or in a classroom somewhere?

Now believe me, I am not saying any of these occupations are bad. On the contrary. These and many more are very important as they play an important role in our lives. The issue is somebody being caught up in a job that will never give them the opportunity to achieve their destiny. They live an unfulfilled life being driven by their paycheck but never ever reaching their potential in life. If we could all locate our “Njiwa”‘we could change the world in a very short time. There is nothing as fulfilling as doing what you were created to do because you don’t struggle but above all, the impact of it is felt far and wide. Many of us are living a life of wishes. All our conversations are punctuated by the phrase “I wish I could, I wish I was.” ” If wishes were horses, beggars would ride” so goes the popular saying. This is so true. Wishes will never move you from where you are to where you want to be. You need to put in a lot of work and effort. There has to be sleepless nights and long days. Nothing good and valuable comes easy. There is a process and sometimes this process is not easy but you have to fight through the tough moments as well as enjoying the good times. No bird can take to the skies without flapping its wings and in the same way, nobody can achieve success without working hard at it. To fly, you must spread your wings, flap them hard to gain attitude, before you can think of soaring. To read more posts by Mwangi click HERE