True friends have so much in common and that's what keeps them together for even decades. Suzie and Joyce were such friends. They always went shopping together and... 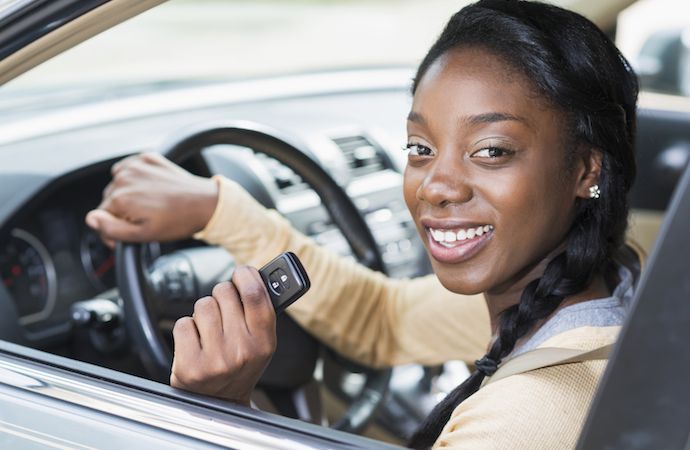 True friends have so much in common and that’s what keeps them together for even decades.

Suzie and Joyce were such friends. They always went shopping together and so there was an almost 10/10 chance that if you found a certain item in one house, you would find a similar or almost similar one, in the other house. Their children went to the same school and they did almost everything together. They vacationed together and even when it came to making important life decisions, each acted as the first port of call when it came to consultation. The only thing that, separated them was their places of work.

Suzie was the HR manager in huge manufacturing company and it fitted her well owing to her reserved nature. She was more introverted compared to Joyce who was an extrovert, more jovial and outgoing. This had landed Joyce a job as a PR manager in an advertising company. She had so much contact with the outside world as she always found herself out and about, in the field. This exposure gave her the opportunity to try out many things and top on this list was cars. She loved driving but not just any type of a car but the high end type and she preferred the super fast ones. 2018 was quite a good year for her company for it had made a good profit. Her company had a policy of giving bonuses to all employees if the financial position was good. There was something extra for the best performing employee and this year, it fell on Joyce. She was given a handsome bonus and decided to treat herself. You can easily guess which her first stop was; the car showroom. There was one model of a car she had always wished to buy and finally, her dream had come true. You can imagine the smile on her face as she drove out of the showroom. The first person she called was her friend Suzie to share the good news.

That weekend, they had planned to have time out away from town and Joyce had the opportunity to test drive her car on the highway and with whom else but Suzie her friend. Joyce is a fast driver and were it not for traffic regulations, she could have pushed the car to dizzying speeds. Suzie was full of admiration for her friend and her new car and as you can rightfully guess, three weeks after this drive, she was headed to the showroom for an exact model but with a different color. Suzie couldn’t take her friend for a ride in her new acquisition for Joyce was out of town on assignment. As she was cruising down the highway, she noted something that made her curious about her car. Weeks ago when she rode in her friend’s car, there was a beeping sound coming from the car but for her car, there were no beeping sound. She thought her car had a problem but decided to first consult Joyce before seeking help. Joyce was back in town and so they planned a trip to her rural home. Joyce was behind the steering wheel and you can imagine the shock on Suzie’s face when barely three kilometers out of town, she heard that beep, coming from her car. She wondered what magic her friend had performed on the car. Joyce couldn’t help smiling for she knew what challenge her friend had. What Suzie didn’t know was that the beeping sound went automatically on when the car went past the 110kph. Joyce didn’t tell her friend immediately but gave her a bit of assignment. She eased her foot on the gas pedal thus slowing the car to below 100kph. The beeping stopped. She then asked her friend to observe the speedometer as she slowly accelerated. Past the 110kph, the beep came back on. That’s when Suzie realized why the beep was never there while she was driving. She was very cautious and anything above 100kph to her was akin to attempting suicide. It was at this point that she realized that the beep was there right inside her car but she needed to push past a certain speed limit in order to activate it.

Suzie’s challenge is representative of so many of us. We keep hearing motivational speakers speak about “Potential”. “You have a lot of potential residing in you” they keep saying but the question is, why aren’t enough people successful? The answer is simple: Potential is nothing more than stored energy. It is useless in that form and until it is put into proper use, then it remains just that, stored energy. Many are comfortable with where they are, what they have and what they do.

Many of us admire those who have made great achievements in life and even wish to be like them but the problem is, we want to do so within our comfort zone. We don’t want to venture out there, expand our knowledge, meet new people, attempt what appears to be impossible to us.

We want to operate within a sphere where no risk is involved and yet, success belongs to those people who dare and are not afraid to take risks. They will march out in confidence and are not afraid of adversity. If things don’t work out, they rise up, dust themselves then go out to apply the lessons they got from their experience and that is why the list of successful people in our society is quite small. Very few of us are ready to push beyond the limits set by society and cultures we find ourselves in. Successful people are those who are willing and daring enough to go off the beaten path, chart their own course and clear a new path to be followed by others. Remember this: You can never see the sun unless you are ready and willing to break through the ceiling. To read more posts by Mwangi, click HERE

'DAUGHTER, WHEN YOU'RE GROWN' By Danstan Wasobokha
Previous