On ‘TIME TO BRING DOWN THOSE WALLS’ By Mwangi Ndegwa

Many of us wish we were born to a wealthy family where everything was all set ready for our enjoyment. No work, no struggle, just having a good... 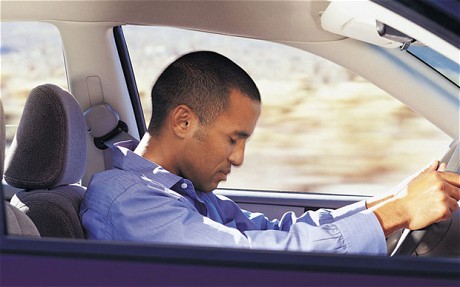 Many of us wish we were born to a wealthy family where everything was all set ready for our enjoyment.

No work, no struggle, just having a good time. This is the kind if environment that Nsungwe grew in. Nsungwe was born in the outskirts of the Zambian capital Lusaka. His name basically means “the one taken care of.”

His parents lived in the upmarket residence of Kabulonga. They came from a lineage of wealthy families and had vast business empires inside and outside of Zambia. He went to the best schools and had all that money could buy.

As an only child, his family took extreme care of him and would not even allow him to venture alone, outside their compound. He had to be accompanied by handlers who had strict instructions on which places he could go and the ones which were out of bounds. He was chauffeured to school and back and if he wanted to go out or on holiday, his parents always took him to exotic places outside the country. He had never seen potholes, raw sewage or slums. To him the world revolved around what his parents allowed him to see.

As he grew up, his curiosity grew with it. He wondered what the estates he could see afar off looked like. How did people live there and what foods did they eat? What kind of schools did their children attend. He was never allowed to watch television for his parents feared that he could be exposed to things that could poison his mind and his life.

After he cleared his secondary education, he was sent to college abroad. Here he had the freedom to explore and also had access to information. He had  unlimited time to watch all the television he wanted and all the channels on offer. He had such a rude shock when he saw people living in slums, war where many people were killed or maimed and property destroyed, people dying from famine or floods. He could not believe his eyes and even his college mates thought he had a severe disorder which needed medical attention.

As he slowly assimilated the information he was gathering, his mind started undergoing a transformation. He had lived within the walls of his parents compound all his life and these walls had created some other worse walls; mental walls. They had blocked him from the realities of life. His life was colored in beautiful hues but had blocked out the reality; the black and white. He couldn’t believe he had lived in assumption all these years and the adventures he had missed. He purposed that when he returned home to Zambia, the first thing he would do was to move out of his parents’ compound. He purposed to go and discover life for himself. He made a decision to scale the walls of his father’s compound and break the mental walls that had developed since birth.

Many of us may not relate with our friend in the analogy above but if we looked deeper and asked ourselves those searching questions, we would be shocked to see a trace or traces of Nsungwe in us. Many of us have built walls high enough that even seeing the skies is a challenge. These are not physical walls but mental walls, walls in our minds which have blocked out reality. The walls vary according to where each one of us is. Students are the most affected by this. They have everything taken care of by their parents or guardians. All they need to do is wake up, attend class and study. They live in an illusion that things will always be like that. They forget that once out of college, they are on their own where they will need to take care of their bills. Business people delude themselves that the flow of clients will be the same as currently. They fail to move with times. They don’t improvise or come up with new ideas to improve the services they offer their clients. Relationships are not spared either. Spouses take each other for granted where both parties believe they are  entitled. They believe it is their right to be treated the way they want without caring about the other’s feelings. Many are shocked into reality when something happens and it exposes them to the reality.

NB: The best way to avoid such a scenario is to purpose to bring down those mental walls. We need to know that the world owes us nothing and it is incumbent upon us, to continually work on improving our lives and mostly those we associate with, in all spheres of life. The world today is very dynamic and if we don’t break down those walls in our minds,we might become obsolete like the mighty Babylon. To read more posts by Mwangi, click HERE

FEMALE PERSPECTIVE: ‘Women Thrive on Communication, Men not so much’ By Mercy Karumba
Previous