‘Ideas are Shift. But Most Times, the F is silent’ By Danstan Wasobokha

You can code? You have a big idea? You are always 'working' on the next big thing? That sucks. You are unique and special, just like everyone... 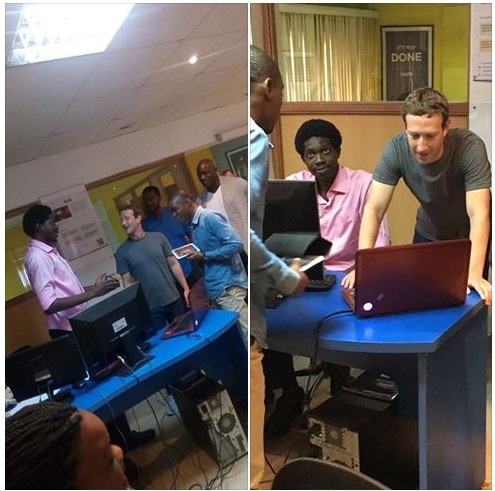 You can code? You have a big idea? You are always ‘working’ on the next big thing? That sucks. You are unique and special, just like everyone else. Every young person has a Billion Dollar Idea. Each of them throws the cheesy phrase, ‘ I code’ in every sentence. They display it everywhere like a badge of honor. Soon after, they drop that ‘…please send me 1k bro, I am down and I need to go meet this investor…’ text every week. Just ask around. See them tell you how great and unique their idea can turn into billions if they get funding. Now they soak their whole being into building it.

Facebook 12/2004 – The Winklevoss Twins i.e Cameron and Tyler, came up with the idea of Facebook. Mark Zuckerberg took it. He starts coding and joins up with his friend Eduardo with whom they raise funds; about $18K. It was a yearbook for Harvard students. The shift comes when Mark Zuckerberg runs into a sales guy named Sean Parker. When Mark thought Facebook was a million dollar idea, Sean saw a billion dollar idea and sold the vision to the world. Now Mark is worth $56 billion. Sean is worth $2.6 billion. The Winklevoss brothers who came up with the idea are worth $200 million – what they settled on, in their lawsuits, $140 million and $60 million.

Apple 4/1/1976 – Steve Wozniak was the brains behind every building block of computers that Apple built. He did all the coding and developed fine products out of the independent chips that he’d designed. He met an incredible sales guy named Steve Jobs who had no idea how to code. When Steve Jobs worked at Atari, he would ask Steve Wozniak to do the coding for him because he couldn’t do it himself. If he were alive today, his net worth would be about $10 billion. Wozniak’s net worth is about $100 million.

McDonalds 4/15/1955 – McDonald Brothers, Richard and Maurice, knew how to start and run a restaurant in San Bernardino Valley. They did their work excellently. One day, a guy named Ray Kroc (a sales guy), while selling milkshake machines, came across the McDonald brothers. He was in St.Louis Missouri when he got an order from the McDonalds brothers. They needed 8 machines. He was shocked. He decided to go and see who they were.

Ray Kroc decided to go to San Bernardino to see the brothers’ business. He was blown away. He thought it could be turned into something big. He joined them and shared the vision with investors, country clubs and everyone else. He gave the brothers $2.6 million to buy out the name McDonalds. Henceforth, the brothers couldn’t use their own name, McDonalds! Ray Kroc took the brand to where it is right now, about 38,000 locations. The net worth of McDonald’s is $104.42 Billion.

Zappos 1999 – Nick Swinmurn is the founder of Zappos. He met a sales guy named Tony Hsieh who convince him that he could turn Zappos into a monstrosity. He did. Tony Hsieh’s networth rises to almost a billion dollars. Nick was smart and kept his shares. His net worth is also about a billion dollars as well.

Uber 2009 – In 2008, the application based cab service was initiated by Taxi Magic but they failed to execute the business. It seems, all they were addicted to, was coming up with great ideas. Uber came along and ate their lunch. Garrett Camp and Travis Kalanick executed the idea with the utmost of prowess. Uber is valued at $76 billion – Kalanick is worth about $5.8 billion, Camp is worth about $4.6 billion.

Tesla 2003 – Martin Eberhard is the original founder of Tesla; not Elon Musk. But Elon shows up and convinces him that he could make it bigger and better. Elon crafted a vision and started selling it. The world bought this vision. Now Tesla is worth $22.3 billion. Martin Eberhard’s net worth is $1.3 billion while Elon Musk’s net worth is $20 billion.

Coding has nothing special. You can use it in a conversation to scare those who are ignorant, but it is just a skill that anyone can learn, if they want to. While it could be a plus in your skill set, it won’t help you if that is all you do. Learn how to communicate with people who have no idea what coding is and make them believe in your vision. Be a great salesperson. Formulate a vision and mobilise others to believe in it.

You need to focus on mastering your skill set. Stop sacrificing your whole life trying to come up with the next Facebook, Twitter, Snapchat, Apple or such things that you think will be a billion dollar idea. Focus on being effective in small day to day activities that bring out your unique gifts to the world. That is your superpower.

A dad told his son, “You will marry the girl I choose.”

He told him, “She is Bill Gates’ daughter.”

He called Bill Gates and said, ” I want your daughter to marry my son.”

The dad said, “My Son is the CEO of the World Bank.”

The Dad called the president of World Bank and said, “Make my son the CEO of the World Bank.”

The President of World Bank said, “No!”

This is the power of mastering your skill set, having a vision and influencing the world to believe in it.  To read more posts by Danstan, click HERE