On ‘DON’T IGNORE A SLOW PUNCTURE’ By Mwangi Ndegwa

It is a general rule that if you are a driver, there are some basics you need to check every moment before you drive out of the... 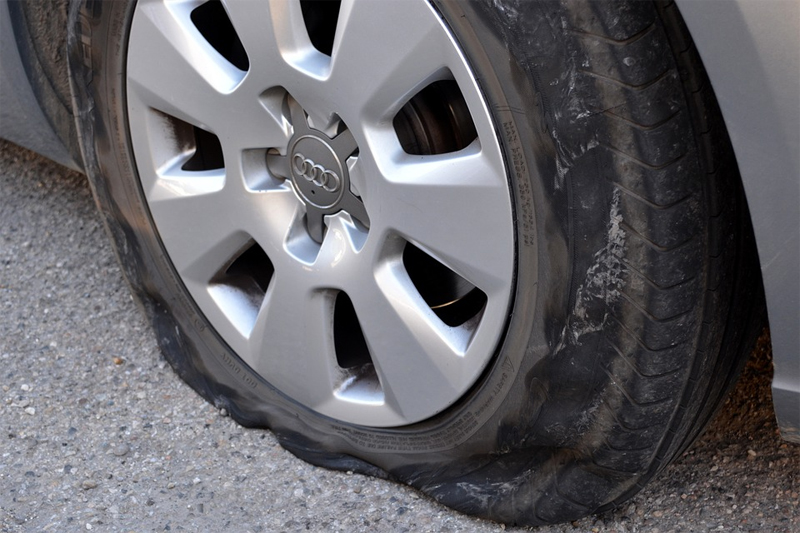 It is a general rule that if you are a driver, there are some basics you need to check every moment before you drive out of the parking lot. Radiator water, oil, fuel and above all, the tyre pressure. This last item is very important as Kate and her friends came to realize and painfully so.

Every employee looks forward to the weekend or any holiday as it gives them a welcome break from the energy sapping work schedule. Kate and her friends were all employees in the same company which dealt in fast moving consumer goods (FMCGs). Kate was in the PR department, Carol was in sales and marketing and Judith was in procurement. For those in the know, these are the busiest departments in any organisation plus two others, namely HR and accounting. A holiday falling on a Friday was heaven sent. It was going to be a long weekend and the trio was super excited. They had been planning for a weekend out of town and what a better time.

The count down started on the Monday before, and by the time Thursday was checking in, the excitement was at fever pitch. The weekend break was officially starting on a Thursday at two o’clock and it would run until Sunday evening as they had to prepare to go back to work on Monday. They had planned for everything including transport, food and accommodation and set aside the finances to cater for their stay. Their getaway was in a camp deep inside Maasai Mara located in Kenya.

Friday morning was a beehive of activity in their apartment as they packed all that they would require. They had agreed on using Carol’s car to minimize transport cost as they had realized using a tour van would have dented their finances. Carol’s car was a good choice being a SUV(Sports utility vehicle), it could easily handle the tough terraine of the park. They had fueled the previous evening so after they had packed their bags in the boot of the car, they were off chatting animatedly as they looked forward to a weekend of fun.

Now in their hurry to go and have fun, they forgot to check one important thing; the tyre pressure for all the wheels including the spare. They had agreed that to make it more enjoyable, they would use the trails in the park instead of the main road however, unknown to them, one tyre had a slow puncture and the spare tyre in the car trunk had a similar problem. After driving deep into the park, they realized they had a flat tyre. Having done basic mechanics, they knew how to change the tyre so out came the car-jack and in no time, the flat tyre was out but you could see the shock on their faces when they got out the spare tyre only to realize it too was also flat. They were deep in the forest, a flat tyre, no communication was possible as the area was not covered by any network and they had breached the code of the park which prohibited offroad driving without proper permits and under strict supervision of the park ranger to avoid injuring or even killing some crawling animals which were not fast enough to move out of the way. The only option was to leave one of them at the car, then the other two would carry the flat tyres for close to five kilometers to the nearest rangers camp where they could find someone to repair the punctures. Now picture this: two career ladies who have spent all their lives in town walking through a park infested with dangerous wild animals, carrying a tyre each searching for a camp they knew not which direction it was situated and with no compass. This turned out to be the worst weekend they ever had. Though they managed to safely find help after walking for close to four hours, by the time they got back to their car, they were both tired and hungry not forgetting some explanations they had to give to the park authorities. By the time the tyre was fixed, none had an appetite for having fun and they agreed to cancel all their plans and go back to the life they were used to. What could have been a good weekend was ruined by overlooking a small but important point and it cost them a weekend of fun and unwinding. They were even lucky because the officer in charge decided not press any charges against them for violating park rules. He reasoned they had gotten enough punishment from their ordeal.

We may judge and even sneer at what may appear like naïveté on the side of the three friends but many of us have found ourselves in similar situations or are getting there soon. We may say we don’t drive but let’s for once remove the car and put our lives in its stead. How many times have we missed wonderful opportunities in life simply because we ignored something which looked small but very important? It might be failing to keep time, poor grooming, not finishing our assignments, not turning up for rehearsals, failing to open business on time or perhaps, not delivering client’s orders on time.

It might even be snoozing our alarms when we know for sure, that sleeping past the set time will have repercussions throughout the day or even throughout life. Some things may sound far fetched until the day they derail our plans or completely scuttle our progress in life. A puncture is usually a very tiny hole  in a car’s tube so you don’t even realize that the pressure which is so important to the motion of a car is slowly leaking and in no time, there will be no air left. Woe until you if it happens in no man’s land where it is totally impossible to find help. Don’t ignore the slow puncture; it might cost you a fortune or even your life. To read more posts by Mwangi, click HERE

MALE PERSPECTIVE ON: Men Making and Keeping their Promises By Mitchell Odhiambo
Previous