‘SWITCH OFF THE COMMENTS’ By Mercy Karumba

Once upon a time, an old man spread rumours that his neighbor was a thief. As a result, the young man was arrested.... 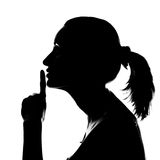 Once upon a time, an old man spread rumours that his neighbor was a thief. As a result, the young man was arrested. Days later the young man was proven innocent. After being released, the young man felt humiliated as he walked to his home;  he then sued the old man for wrongfully accusing him.

In court, the old man told the Judge, “They were just comments, they didn’t harm anyone.” The judge, before passing sentence on the case, told the old man, “Write all the things you said about him on a piece of paper. Cut them up and on the way home, throw the pieces of paper out. Tomorrow, come back to hear the sentence”.

The next day, the judge told the old man, “Before receiving the sentence, you will have to go out and gather all the pieces of paper that you threw out yesterday”. The old man said, “I can’t do that! The wind must have spread them and I won’t know where to find them”.

The judge then replied, “The same way, simple comments may destroy the honor of a man to such an extent that one is not able to fix it. The old man realized his mistake and asked for forgiveness”.

Sometimes it is better that we ‘switch off the comments’ and not say anything at all, especially if it puts the reputation of the another at stake. Which rumours can’t you just wait to share with your friend because they are just too juicy? Do you know that just like the pieces of paper, you have no control over where or in whose mouth, the comments land, after they leave your tongue? They are not just simple comments, they actually carry the honour & dignity of a person. To read more posts by Mercy, click HERE

'GARBAGE IN GARBAGE OUT' By Mwangi Ndegwa
Previous