‘JUST KEEP PADDLING: SOMETHING WILL HAPPEN’ By Mercy Karumba

There comes a time when giving up seems like the easier option. Things are so tough and you feel helpless. In that situation,... 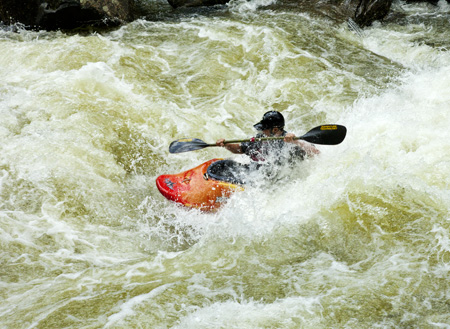 There comes a time when giving up seems like the easier option. Things are so tough and you feel helpless. In that situation, remember this story by Melissa D Zartman.

“This is the story about two frogs. One frog was fat and the other skinny. One day, while searching for food, they accidentally jumped into a vat of milk. They couldn’t get out, as the sides were too slippery, so they were just swimming around.

The fat frog said to the skinny frog, “Brother frog, there’s no use paddling any longer. We’re just going to drown, so we might as well give up.” The skinny frog replied, “Hold on brother, keep paddling. Somebody will get us out.” And they continued paddling for hours.

After a while, the fat frog said, “Brother frog, there’s no use. I’m becoming very tired now. I’m just going to stop paddling and drown. It’s Sunday and nobody’s working. We’re doomed. There’s no possible way out of here.” But the skinny frog said, “Keep trying. Keep paddling. Something will happen, keep paddling.” Another couple of hours passed.

The fat frog said, “I can’t go on any longer. There’s no sense in doing so because we’re going to drown anyway. What’s the use?” And the fat frog stopped. He gave up. And he drowned in the milk. The skinny frog however, kept on paddling.

Ten minutes later, the skinny frog felt something solid beneath his feet. He had churned the milk into butter and he hopped out of the vat.

Something to note here: it was a duration of 10 minutes between when the fat frog died and the skinny one successfully got out. Without focusing on the frog being fat or skinny, many a time, we behave like the fat frog. We give up when we are almost there when sometimes all we need is a little more paddling. We all need to maintain the attitude that indeed, SOMETHING WILL HAPPEN.

Your business maybe on the rocks financially but will you just close it down because things are not currently working out? Or will you keep paddling (getting more partners and try to get funding)? Your marriage/relationship is not working out, divorce or a break-up seems the easier option, but have you tried all you can to work things out? You have searched everywhere for a job, none is forthcoming, should you now say you have done enough and give up?

Most times we haven’t ‘paddled’ enough. Yes it may look like there’s no use in keeping going but you are headed there. Hold on and give your best; you will soon ‘hop’ out of the vat.   To read more posts by Mercy, click HERE

'YOU PASS THIS WAY ONLY ONCE' By Mwangi Ndegwa
Previous