A couple, whom we shall call John and Mary, had a nice home and two lovely children. John had a good job and... 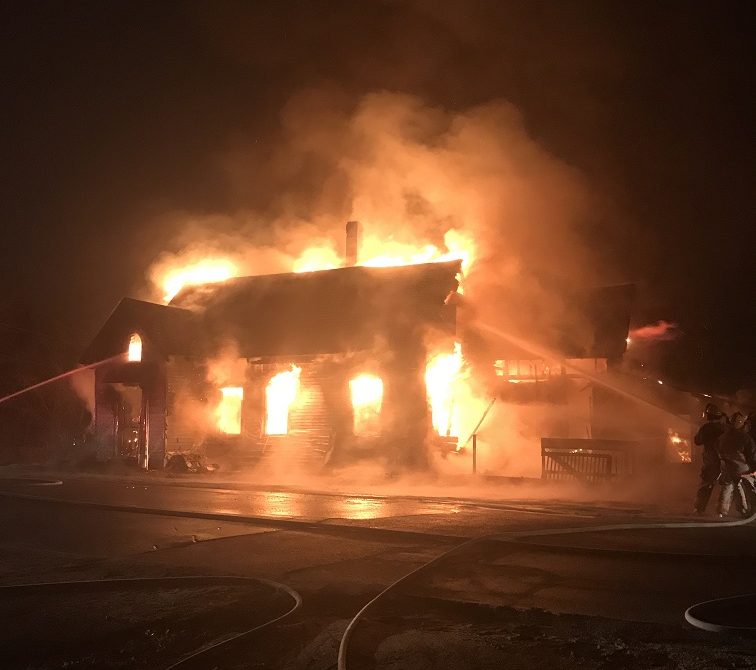 A couple, whom we shall call John and Mary, had a nice home and two lovely children. John had a good job and had just been asked to go on a business trip to another city and would be gone for several days. It was decided that Mary needed an outing and would go along too. They hired a reliable woman to care for the children and made the trip, returning home a little earlier than they had planned.

As they drove into their home town feeling glad to be back, they noticed smoke, and they went off their usual route to see what it was. They found a home in flames. Mary said, “Oh well it isn’t our fire, let’s go home.”

But John drove closer and exclaimed, “That home belongs to Fred Jones who works at the plant. He wouldn’t be off work yet, maybe there is something we could do.”

“It has nothing to do with us.” Protested Mary. “You have your good clothes on. Let’s not get any closer.”

But John drove up and stopped and they were both horror stricken to see the whole house in flames. A woman on the lawn was hysterically screaming, “The children! Get the children!” John grabbed her by the shoulders saying, “Get a hold of yourself and tell us where the children are!”

“In the basement,” sobbed the woman, “down the hall and to the left.”

In spite of Mary’s protests, John grabbed the water hose and soaked his clothes, put his wet handkerchief on his head and bolted for the basement which was full of smoke and scorching heat. He found the door and grabbed two children, holding one under each arm like the football player that he was. As he left he could hear some more whimpering. He delivered the two badly frightened and nearly suffocated children into waiting arms and filled his lungs with fresh air and started back asking how many more children were down there. They told him two more and Mary grabbed his arm and screamed, “John! Don’t go back! It’s suicide! That house will cave in at any second!”

But he shook her off and went back in, feeling his way down the smoke filled hallway and into the room. It seemed an eternity before he found both children and started back. They were all coughing and he stooped low to get what available air he could. As he stumbled up the endless steps, the thought went through his mind that there was something strangely familiar about the little bodies clinging to him, and at last when they came out into the sunlight and fresh air, to his amazement, he found that he had just rescued his own children. The baby-sitter had left them at this home while she did some shopping.”

How fortunate he must have been to have his children safe and sound. But that would not have been the case, had he not made that self-less decision, to deal with ‘someone-else’s fire’ when in the real sense, it was his own.

As humans we all have the mentality to deal with our own problems first, before considering others. There are so many ‘Mary’s’ in this life compared to ‘Johns’. My own trouble however small, is more important and deserves far more attention than the ‘fire’ in my friend’s life. Your friend’s business is not doing well, but because you would rather concentrate on your own life, you don’t help, not realising that it could affect yours in one way or other. Your sibling is not doing too fine, don’t you know that if he/she goes down either morally or financially, your whole name is tarnished? It is not their children getting spoilt but our children, it is not their corruption scandals, but ours. It’s not so much about being in the business of others but rather, concern goes a long way; you just never know what you are dealing with.

Let us learn to put out the fire in other people’s lives and deal with it as we would, our own problem(s). You never know. You could be saving your own ‘children’s’(career, business, academics). It may be eating into your time and resources but you never know the trickle down benefit to your side.

IT IS OUR FIRE AND IT HAS EVERYTHING TO DO WITH US, so let us brace it and fight as our own. Click HERE to read more inspirational posts by Mercy.

On 'REJECTION IS PART OF THE GAME' By Mwangi Ndegwa
Previous