DOES YOUR MONEY GO HERE OR THERE OR NEITHER? By Mercy Karumba

The wisdom of Birbal was unparalleled during the reign of Emperor Akbar. But Akbar’s brother in law was extremely jealous of him. He... 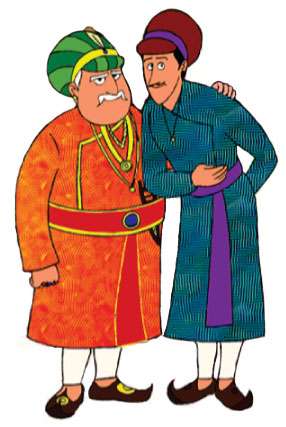 The wisdom of Birbal was unparalleled during the reign of Emperor Akbar. But Akbar’s brother in law was extremely jealous of him. He asked the Emperor to dispense Birbal’s services and appoint him in his place. He gave ample assurance that he would prove to be more efficient and capable than Birbal. Before Akbar could take a decision on this matter, this news reached Birbal.

The minister found the entire situation to be a maze of confusion and hopelessness. He spent sleepless nights worrying about how he would get himself out of this mess. Thinking in circles was making him go crazy. Eventually, on the advice of his wife, he sought Birbal’s help. Birbal said, “Just give me the gold coins. I shall handle the rest.”

Birbal walked the streets of the city holding the bag of gold coins in his hand. He noticed a rich merchant celebrating his son’s wedding. Birbal gave a hundred gold coins to him and bowed courteously saying, “Emperor Akbar sends you his good wishes and blessings for the wedding of your son. Please accept the gift he has sent.” The merchant felt honored that the king had sent a special messenger with such a precious gift. He honored Birbal and gave him a large number of expensive gifts and a bag of gold coins as a return gift for the king.

Next, Birbal went to the area of the city where the poor people lived. There he bought food and clothing in exchange for a hundred gold coins and distributed them in the name of the Emperor.

When he came back to town he organized a concert of music and dance. He spent a hundred gold coins on it.

The next day Birbal entered Akbar’s palace and announced that he had done all that the king had asked his brother-in-law to do. The Emperor wanted to know how he had done it. Birbal repeated the sequences of all the events and then said, “The money I gave to the merchant for the wedding of his son – you have got back while on this earth. The money I spent on buying food and clothing for the poor – you will get it in the other world. The money I spent on the musical concert – you will get neither here nor there.” Akbar’s brother in law understood his mistake and resigned. Birbal got his place back.

In regards to how the money was spent by Birbal, there are lessons to learn about our spending habits.

The money spent on friends or as gifts to those around us is reciprocated in one way or other. Whether it’s on dates, birthday treats, wedding gifts, pay a friend or family member a visit, etc. At our own time, it is paid back. The money spent on charity is converted into blessings from our Creator. We may not get paid back at the moment, but there is an eternal reward. A visit to the sick in hospitals, orphans, widows, prisoners and the less fortunate may not be paid back right away but it is not in vain. While the money spent on pleasures is just dribbled away. It’s neither here nor there.

Therefore it is important that you keep an eye on how you spend your money – in other words, think a lot if not a little! Click HERE to read more articles by Mercy.