‘POTATO, COFFEE OR EGG’ which one are you? By Gertrude Nyatichi

“Snow robbed me of my life. I can’t do it anymore.” Luna could be heard mourning. “Mom is gone sweetheart.... 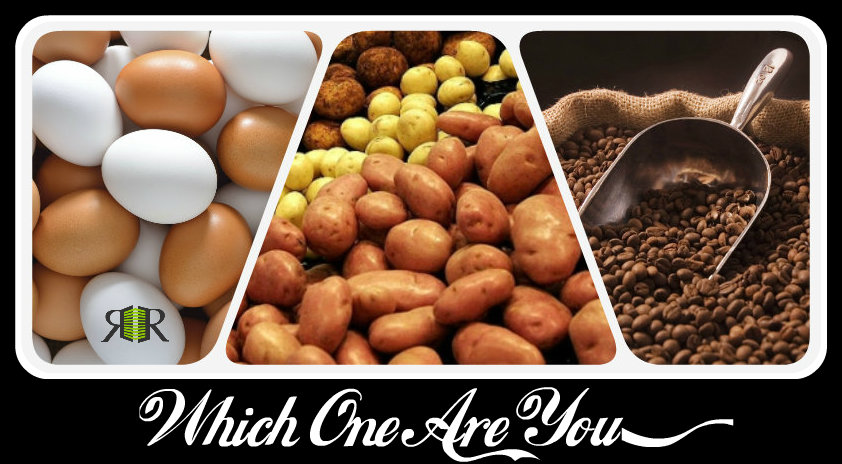 “Snow robbed me of my life. I can’t do it anymore.” Luna could be heard mourning.

“Mom is gone sweetheart. I am sure all she could have wanted, is for you to be happy. You have to learn to let go and live the life you got.” Her father told her. “But how? Mom was everything to me. I cannot do anything without her.” She responded.

With a broken heart but confidently, her father took her hand and led her to their porch. He sat her down and compassionately he began, “I was once told of a girl who had lost her mother at a younger age. She could not do a single thing because she had not learned yet. Her father was a social worker so he used to travel a lot. Given the circumstances, it was expected of her to be self reliant which she could not manage. Every time her father told her to learn, she broke down claiming she could not manage it.

As expected, her father came to her rescue as he was still in town. He couldn’t stop being disturbed as to what would become of his daughter when he was gone. One bright morning, a day to his departure, he called his daughter to the kitchen. On the fire he had three pots of boiling water and on the table was an egg, a ground coffee bean and a potato. He told her to observe and went ahead to place each item in each pot of boiling water.

After twenty minutes of waiting in silence, she was uneasy and wanted to know what was going on. When she questioned, her father told her to be a little more patient. Within the next couple of minutes, her father stood up and switched the cooker off. He then took the egg and the potato out and placed each on a plate. From the next pot, he took a colored liquid and placed it in a cup. He then asked her to tell him what she could see. “A potato, an egg and a cup of coffee. “ She replied.

A little impatient, the father asked her to touch them, feel and observe. She realized the potato had become soft. On removing the shell from the egg, it was hard. He then told her to sip the coffee and it was sweet. She closed her eyes to feel the taste as she swallowed. She then asked her father what all this meant. Her father went ahead to explain.

The potato, the egg and the ground coffee bean faced the same boiling water as their adversity. Their reaction to the water though, was different for each one of them. The potato went in hard and strong but in the boiling water it became soft and weak. The egg went in weak and fragile but in the boiling water it became strong and hard. The ground coffee bean was unique. It went in and changed the water to something else. This something else changed your mood to merry for a moment. Having said that, he turned to his girl and boldly asked, “Which one are you my beautiful girl?”

Luna having listened to the story keenly asked, Papa, why did you tell me all that? Her father turned to her and asked, “Which one of them are you my dear Luna?” I know mom is gone and it is difficult. This is an adversity on your door. Will you be a potato, an egg or you will be coffee? With this he stood and went to attend to his lawn.

Moral: In life, things will happen to us or happen around us which will try to change us. We will always be the holders of the steering wheel when reacting to them. Which one are you? Click HERE to read more posts by Gertrude. Photo credit – http://www.caffeineandthree.com

On 'THE IMPOSTER SYNDROME' By Mercy Karumba
Previous