On ‘A LEGACY PASSED ON’ By Anne Gathoni

Remember my previous article last week on Easy Eddie? The chap who defended the evil and crooked villain by the name of Al... 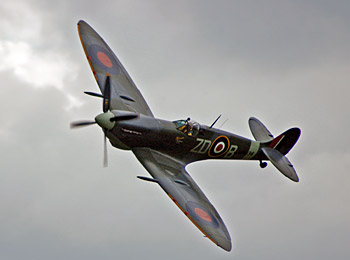 Remember my previous article last week on Easy Eddie? The chap who defended the evil and crooked villain by the name of Al Capone, who had terrorized the state of Chicago? But Easy Eddie had a change of heart and decided that he wanted to be a better man for his son, and he died leaving his son a legacy that he could be proud of? Standing up to the people that he had so valiantly defended in the past.  So today I will share with you, a little story about Easy Eddie’s son, Butch O’Hare.

Butch was a fighter pilot assigned to the aircraft carrier Lexington in the South Pacific. One day his entire squadron was sent on a mission. After he was airborne, he looked at his fuel gauge and realized that someone had forgotten to top up his fuel tank. He would not have enough fuel to complete his mission and get back to his ship. His flight leader told him to return to the carrier. Reluctantly, he dropped out of formation and headed back to the fleet. As he was returning to the mother ship, he saw something that turned his blood cold: a squadron of Japanese aircraft were speeding their way toward the American fleet. The American fighters were gone on a sortie, and the fleet was all but defenseless. He couldn’t reach his squadron and bring them back in time to save the fleet. Nor could he warn the fleet about the approaching danger. There was only one thing to do. He must somehow divert the enemy away from the fleet. Laying aside all thoughts of personal danger, he flew into the formation of Japanese planes. Wing-mounted 50 calibres blazed as he charged in, attacking one surprised enemy plane after another. Butch wove in and out of the now broken formation and fired at as many planes as possible until all his ammunition was finally spent. Undaunted, he continued the assault.

He dove at the planes, trying to clip a wing or tail in the hopes of damaging as many enemy planes as possible and rendering them unfit to fly on. Finally, the exasperated Japanese squadron took off in another direction. Deeply relieved, Butch O’Hare and his tattered fighter limped back to the carrier. Upon arrival, he reported in and related the event surrounding his return. The film from the gun-camera mounted on his plane told the tale. It showed the extent of Butch’s daring attempt to protect his fleet. He had, in fact, destroyed five enemy aircraft. This took place on February 20, 1942, and for that action Butch became the Navy’s first Ace of W.W.II, and the first naval recipient of the Medal of Honour in World War 2. A year later Butch was killed in aerial combat at the age of 29. His home town would not allow the memory of this WWII hero to fade, and today, O’Hare Airport in Chicago is named in tribute to the courage of this great man. So, the next time you find yourself at O’Hare International, give some thought to visiting Butch’s memorial displaying his statue and his Medal of Honour. Like his father, he put his own needs aside and sacrificed himself for the greater good. I guess his father’s legacy really did pass on to him. To read more posts by Anne, click HERE