On ‘JEALOUSY, LOVE OR INSECURITY?’ By Mercy Karumba

A story is told... "A long time ago, in an Italian city, they built a beautiful tower which was admired by everyone passing... 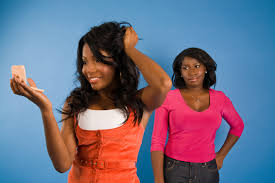 A story is told… “A long time ago, in an Italian city, they built a beautiful tower which was admired by everyone passing through. A little further down the road, in a neighbouring city, they had built a tower of similar beauty. The two towers were equally well known. The people of the second city, envious and filled with pride, planned to destroy the neighbouring tower so it wouldn’t take attention away from their own. One dark night, they came to the tower, with picks and shovels, and began to quietly undermine its foundations. And the story details how the two cities try to outdo each other.”

A city and its tower represents a relationship. Just like the other tower of similar beauty that was built down the road, there is always someone of similar beauty or looks, down our roads.There is always someone who appears like a ‘threat’ to our friendship or relationship. No matter how much ‘our beautiful tower’ is admired by everyone, there is that sense of insecurity. We feel insecure when we have the fear that the other ‘tower’ will take away the attention from us.We forget that there is something in us that is being admired by everyone and most importantly, by that person who chose you in the first place.

There is a thin line between jealousy and insecurity, but in my opinion, jealousy comes in when thoughts of bringing down the other person enter our minds. Some relationships and friendships are broken simply because of jealousy. In a relationship, communication and self-worth is key. You are a beautiful tower, don’t become too obsessed by the other tower to the point where you forget what you are worth and start fighting the other tower. The city built you and choose you for a reason. In friendships, the same applies, many a time, because of jealousy, a friend will speak ill of another just to get the man or the lady, depending on the situation. There are situations where a guy will just try to get the number of his friend’s girlfriend not because he wants the girl but to simply spoil their relationship. I wouldn’t say jealousy is bent on which gender because we know how much we all want that, which is good to ourselves.

Remember, love is patient, love is kind, love is not JEALOUS. while it may be normal to feel insecure since we all have a need to feel loved and get full attention, there is a thin line between insecurity and jealousy so tread carefully lest you  cross the line. So let love take premise.  To get a male perspective on ‘Jelousy, Love or Insecurity’ check out my colleague Mitchell’s post HERE

ARE YOU LOOKING TO START YOUR OWN BUSINESS? See how MastaMap can help you engage with customers...
Next
Loading...
Loading...