ARE WOMEN NATURALLY BETTER AT MANAGING MONEY THAN MEN? By Mercy Karumba

Just read on, I will answer after this.   A story is told: Every month, Julia and her cousins... 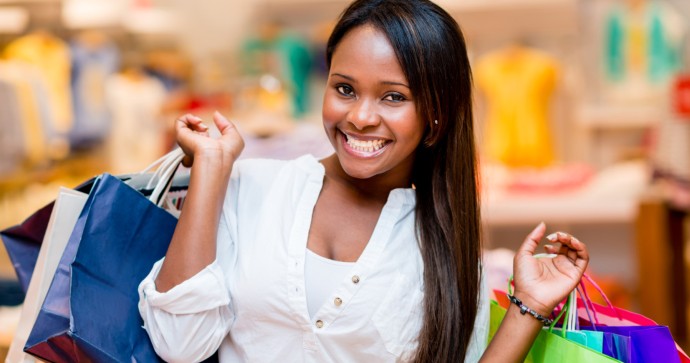 Just read on, I will answer after this.

A story is told: Every month, Julia and her cousins attend the big family meal at their grandparents’ house. They would always wait excitedly for the moment their grandfather would give them a few coins, “so you can buy yourself something,“he would say. Then all the children would run off to buy chewing gum, lollies, or wine gums. The grandparents, aunts, uncles, and parents commented that, behaving like this, the children would never learn to manage their money. So they proposed a special test in which the children would have to show, over the course of a year, just what they could manage to buy with those few coins.

Some of the children thought they would save their money, but Ruben and Nico, the two youngest kids, paid no attention, and they continued spending it all on sweets. Every time, they would show off their sweets in front of the other children, laughing and making fun of their cousins. They made Clara and Joe so angry that these two could no longer stand to keep saving their money. They joined Ruben and Nico in spending whatever they had, as soon as possible, on sweets.

(I can definitely say this describes both women and men at a young age; we are the same, always trying to out-do the other while showing off. Most young ladies and gents just like Clara and Joe, may at one time or another, make resolutions on how much they will save but on seeing how much friends are ‘enjoying life’ the resolution is soon done away with and instead, replaced with expenditure on fun, shopping etc.There is just a category of men and women who are like this; regularly upgrading cars, moving homes, changing jobs, changing furniture, upgrading devices etc to suit a certain societal level)

Monty was a clever boy who decided to start managing his money by exchanging it: buying and selling things, or betting it with other children, in card games. Soon he had surprised the whole family. He had accumulated a lot of money for what seemed like very little effort. The way he was going, he would end up almost a rich man. However, the reality was, Monty was not being very careful and he got involved in more and more risky deals. A few months later he did not have a single penny left, after placing a losing bet on a horse race. Alex, on the other hand, had a iron will and a determination to succeed. He saved all the money he was given, wanting to win the competition, and at the end of the year, he had collected more money than anyone else. Even better, with so much money, he managed to buy sweets at a reduced price, so that on the day of the competition he was presented with enough sweets to last more than a year. And even then, he still had enough change left over for a toy. He was the clear winner, and the rest of his cousins learnt from him about the advantages of knowing how to save and how to wait.

(Please raise your hand, if you can relate this with the man in your life. I personally find men getting into very risky deals. Just like Monty, men are very creative and may invest their hard-earned money so well that in the short term, someone is very wealthy. As women, we tend to be more risk averse which is why you will rarely find a lady engaging in sport pesa or other risky ventures so it may take longer to invest and the pay-back period is longer.)

There was also Julia. Poor Julia didn’t enjoy the day of the competition, because even though she had, had a wonderful secret plan, she had spent her money without giving her plan enough time to work. However, she was so sure that her plan was a good one, that she decided to carry on with it, and maybe change the expressions on her relatives’ faces, who had seemed to be saying “What a disaster that girl is. She couldn’t manage to save anything.”When she was about to complete the second year of her plan, Julia surprised everyone by turning up at the grandparents’ house with a violin and a lot of money. What was even more impressive was hearing her play.(This is so typical of ladies. Investing in talent and most times in ventures that may actually take longer to materialize but in the end, so worth it. However, most of us have a weakness of not following through).

So, are women naturally better at managing money than men? Let me know what you think. The beautiful thing about it all is a match between a man who is aggressive in investing and spending (however risky it is), and a woman who is wise at spending, albeit cautiously. That’s my 2 cents 😉 To get a male perspective on this, please click HERE to read my colleague Mitch’s take. Photo Credit: Howng.com

ARE WOMEN NATURALLY BETTER AT MANAGING MONEY THAN MEN? By Mitchell Odhiambo
Previous